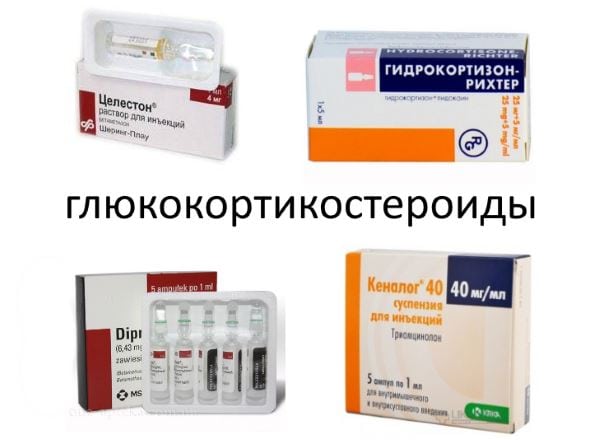 The leading symptoms of degenerative-dystrophic and inflammatory pathologies of the musculoskeletal system are acute pain, severe swelling, stiffness. If NSAIDs and analgesics can not cope with these clinical manifestations, then steroidal anti-inflammatory drugs for joints (glucocorticosteroids) are prescribed to patients. They quickly eliminate the clinical manifestations of osteoarthritis, and adjust the immune response in patients with arthritis.

Harmonious work of all vital systems and individual organs is provided by hormones – biologically active substances produced in the endocrine glands. They enter the bloodstream, and then bind to the receptors of the target cells. Hormones regulate various processes in the human body, including metabolic ones. Glucocorticosteroids are analogues of hormones produced by the glandular cells of the adrenal glands. An increase or decrease in their level in the systemic circulation seriously worsens the well-being of a person, and becomes the cause of the development of pathologies. 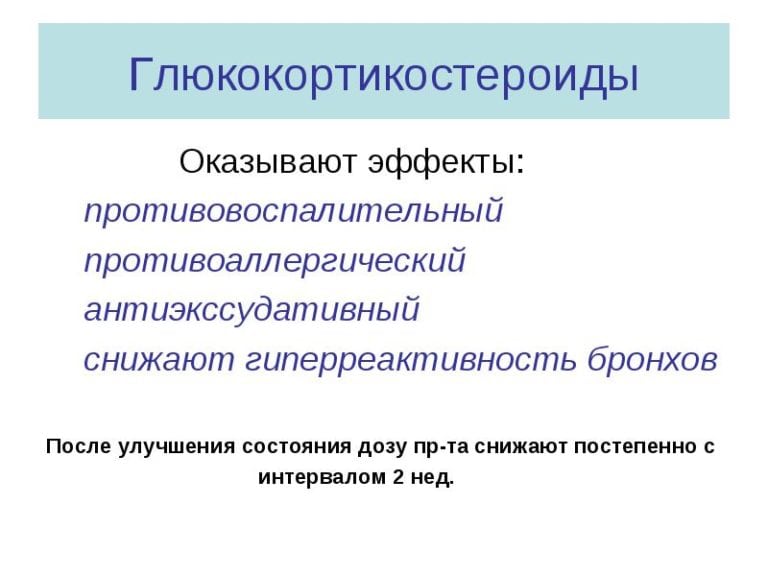 The composition of steroidal anti-inflammatory drugs for the treatment of joints includes active ingredients that have a diverse effect on the body. After intraarticular administration or administration of a pill, the intensity of pain decreases, the range of movements increases. Glucocorticoids are able to normalize microcirculation and stop acute inflammatory processes.

The clinical and pharmacological group of steroids includes drugs with the main components with biological activity. Cortisone and hydrocortisone are naturally occurring glucocorticosteroids. The remaining agents are their synthetic analogues, derivatives of hydrocortisone, obtained as a result of fluorination or other chemical reactions. Artificial steroids are characterized by higher therapeutic efficacy, low frequency of use, less pronounced adverse reactions. In medical practice, the classification of hormonal drugs is adopted depending on the time of their therapeutic effect:

the half-life of short-acting stero > 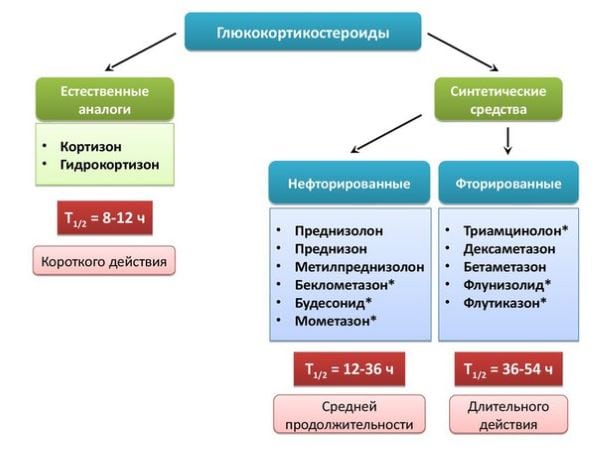 Glucocorticosteroids are classified and depending on the route of administration. For the treatment of articular pathologies, tablets and injectable drugs are used. The latter are injected intramuscularly, intravenously, into the joint cavity, sometimes immediately into the inflamed tendon. Hormonal drugs are available in the form of lyophilisates for the preparation of solutions, suspensions. The most commonly used steroid drugs in the treatment of degenerative-dystrophic and inflammatory joint pathologies are: 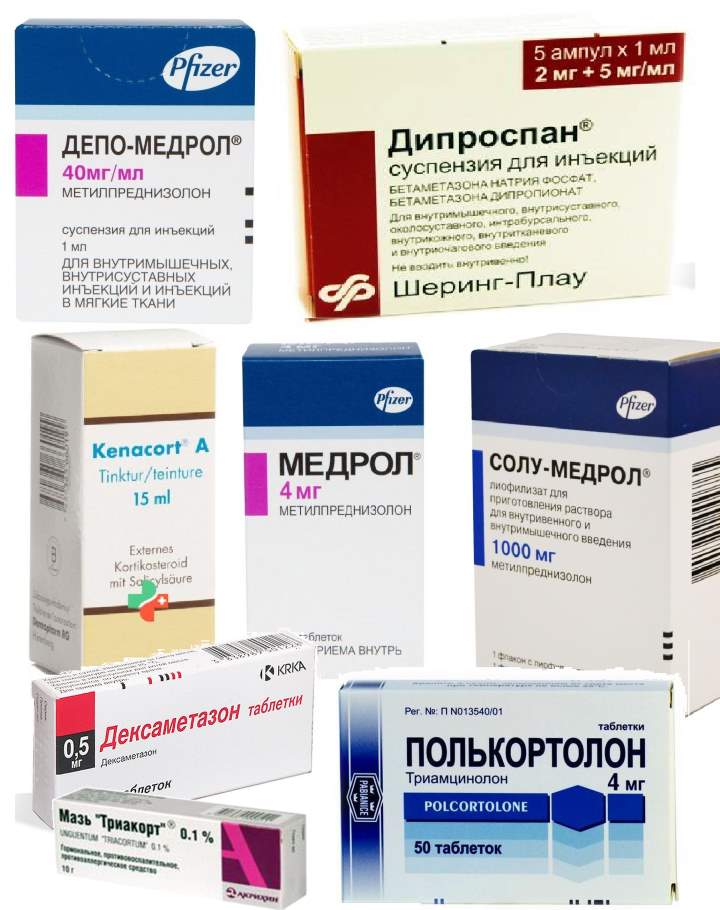 These hormonal agents are characterized by pronounced anti-inflammatory, anti-allergic and immunosuppressive activity. They also affect the metabolism: lipids, proteins, carbohydrates.

Steroid preparations contain ingredients that quickly penetrate cell membranes and act on cytoplasmic receptors. In the process of binding, active complexes are formed that enter the nucleus and affect the biosynthesis of specific proteins. The immune response changes, there is a direct or indirect effect on the production of mediators of pain, inflammation, fever – prostaglandins, leukotrienes, bradykinins. Clinically proven ability of steroid drugs to inhibit phospholipid mediators, preventing platelet aggregation. Other pharmacological properties are characteristic of glucocorticosteroids:

inhibition of the activity of phospholipase and hyaluron > 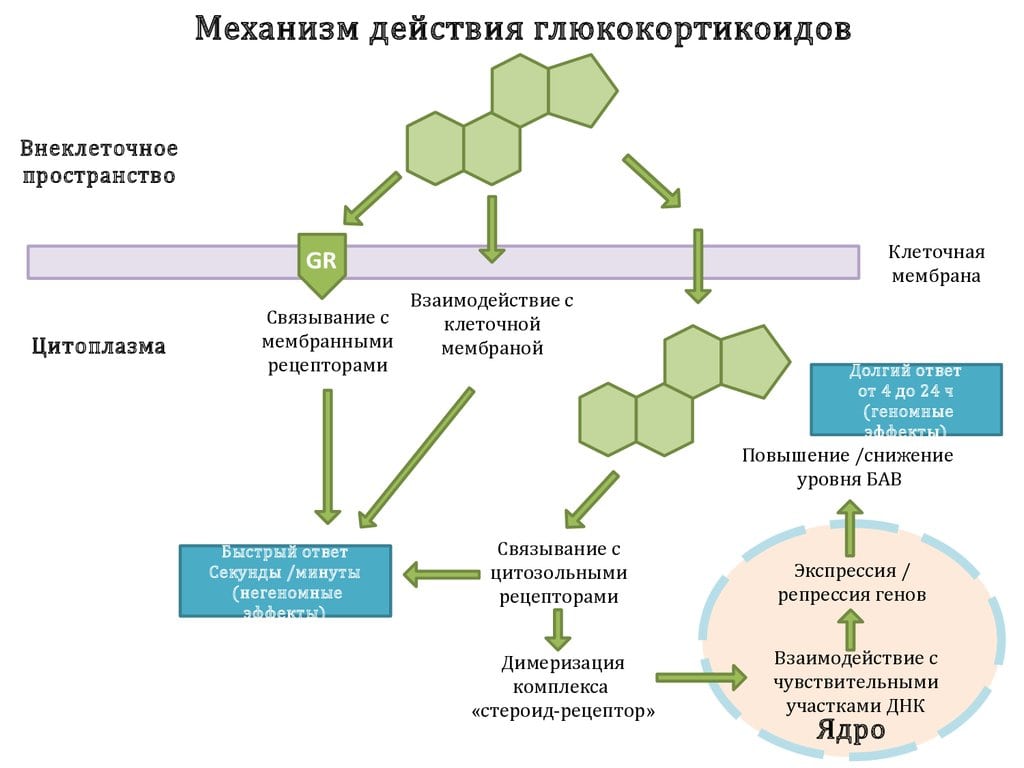 The use of steroid drugs prevents the interaction of lymphocytes and their migration to inflammatory foci. With hormonal therapy, the release of adrenaline into the bloodstream increases, and sensitivity to certain receptors for this bioactive substance is restored. At the same time, there is a narrowing of blood vessels, a decrease in their permeability. The combination of these effects explains one of the side effects of glucocorticosteroids – an increase in blood pressure. But this property is often used to eliminate a shock condition in a critical, life-threatening situation.

In the treatment of autoimmune diseases, for example, rheumatoid arthritis, steroid drugs are used in small doses for pathogenetic treatment. They are prescribed to patients not so much to relieve symptoms, as to correct the immune response. Hormonal drugs are included in therapeutic regimens for the diagnosis of juvenile, psoriatic and gouty arthritis. The drugs are also used in the treatment of diseases that are not accompanied by an inflammatory process in the joints.

If NSAIDs (non-steroidal anti-inflammatory drugs), analgesics are not able to cope with pain and severe swelling, then glucocorticosteroids are used.

Indications are the following pathologies:

Steroid drugs are used in traumatology for the relief of acute pain and inflammation after fractures. Due to the immunosuppressive effect of hormonal agents, they help suppress rejection reactions during tissue transplantation.

Treatment with steroid drugs is carried out only after a thorough diagnosis of the patient and a history. Throughout the treatment, the doctor monitors the patient’s condition according to the results of biochemical analyzes. But, despite the pronounced side effects of hormonal drugs, all contraindications to their one-time use are relative. If the patient needs an urgent injection of injectable solutions, then the only contraindication is hypersensitivity to the active auxiliary ingredients. When prescribing a long course of treatment, the doctor takes into account its possible consequences. Long-term use of hormonal drugs is contraindicated in the following pathologies: 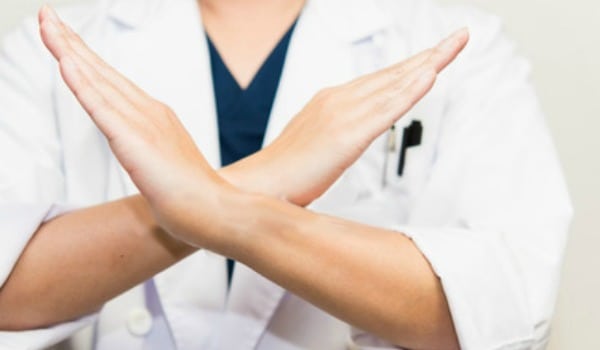 The steroid drug is not used in therapy if the patient previously had allergic reactions after taking glucocorticosteroids.

Categorically forbidden funds during bearing a child because of the high probability of developing congenital malformations of the adrenal glands in the fetus. Steroids are prescribed to children only for health reasons, as they provoke growth retardation.

It is impossible to predict the occurrence of side effects of steroid drugs in a particular patient. To minimize the likelihood of local and systemic adverse reactions, an anamnesis study and minimal dosages of glucocorticosteroids help. But with prolonged course of treatment, the following negative consequences often arise:

Most of the complications that have arisen are reversible, that is, they disappear at the end of treatment. Irreversible effects include stunted growth in children, subcapsular cataracts, and steroid diabetes.

The dosage regimen depends on the nature of the pathology, the patient’s response to the steroid preparation used, age and weight. But even with effective therapy without serious manifestations, the withdrawal syndrome characteristic of hormonal agents should be taken into account. It consists in exacerbating a degenerative or inflammatory process after a sharp cessation of treatment. The following pathological conditions may also occur:

Sometimes (usually under stress) an addison crisis occurs – vomiting, collapse, convulsions. In order to prevent the development of withdrawal syndrome, at the last stage of treatment, dosages are gradually reduced, as well as the frequency of their administration.
The basic principle of the treatment of joint diseases with glucocorticosteroids is to ensure maximum therapeutic effect when using the minimum doses. The use of any hormonal drugs without a doctor’s prescription is unacceptable.

Causes of back pain in men