Despite the high therapeutic efficacy of Diclofenac, in some patients, its administration causes undesirable side effects. When choosing a replacement, the doctor must take into account the safety of drugs, the frequency of dosages used and the duration of the therapeutic course. Diclofenac analogs may be structural or similar in their clinical effect. Neurologists, rheumatologists, traumatologists prefer drugs from the group of non-steroidal anti-inflammatory drugs. 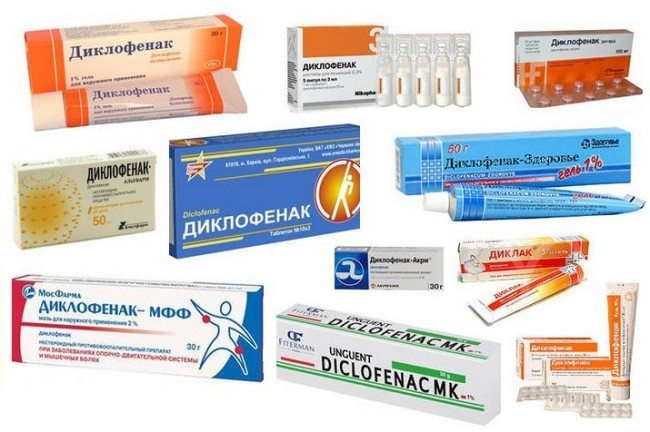 Diclofenac is a phenylacetic acid derivative used in pharmacological preparations in the form of sodium salt. The mechanism of action of a non-steroidal anti-inflammatory drug is based on its ability to block the cyclooxygenase (COX) enzyme, which stimulates the production of pain and inflammation mediators – prostaglandins and bradykinins from arachidonic acid, as well as bioactive compounds of prostacyclin and thromboxane. The use of Diclofenac in tablets, ointments, parenteral solutions has a diverse effect on the human body:

In medical practice, Diclofenac analogues are distinguished by composition and therapeutic effect. Such a classification is necessary for the quick choice of NSAID replacement if it is intolerant or when an excessive amount of side effects occurs. Structural analogues of Diclofenac include Diclogen, Ortofen, Dicloberl, Voltaren, Diclac, Naklofen. They are of interest, first of all, for patients, since the cost of drugs can vary significantly. For example, the price of Ortofen ointment is 30-40 rubles, and for the packaging of Voltaren gel you will have to pay at least 200 rubles.

Diclofenac analogs for the action provided

If the doctor prescribes an expensive structural analogue of Diclofenac, then you should not suspect him of any self-interest. The high price is often due to the high quality of the additional and active ingredients included in the ointment or tablets. Such a drug will be better absorbed and provoke fewer side effects. 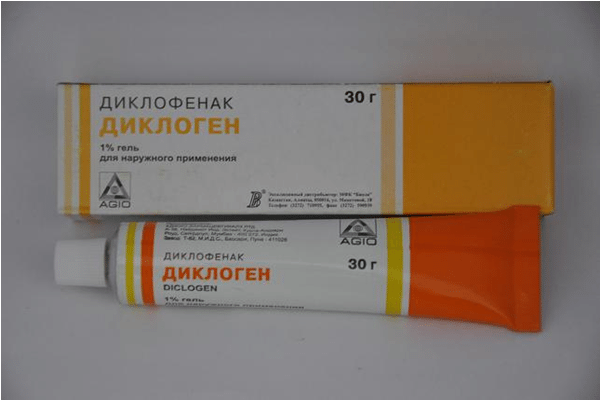 Rheumatologists, traumatologists, neuropathologists rarely replace Naklofen with Diclogen or Dicloberl. With diclofenac intolerance or its low effectiveness in the treatment of any diseases, they include in the therapeutic regimen other non-steroidal anti-inflammatory drugs that are similar in pharmacological action:

These analogues of Diclofenac have few differences in the instructions for use, price, customer reviews. But there is also a difference in actions caused by the biochemical properties of the active ingredients. In vitro studies have found that all NSAIDs inhibit the production of prostaglandins to varying degrees. The relationship between their anti-inflammatory and analgesic properties and the degree of suppression of mediators has not yet been proven.

Diclofenac and its analogues are characterized by the presence of similar chemical and pharmacological activity. Most of them are weak organic acids, which are rapidly absorbed in the digestive tract. All NSAIDs in the systemic circulation bind to albumin and are evenly distributed in the tissues. Non-steroidal anti-inflammatory drugs are isolated from the following groups:

To replace Diclofenac, the doctor can prescribe both a short-lived and a long-lived analog. This is due to the fact that there is no clear relationship between the duration of the drug in the human body and the severity of the therapeutic effect. Almost all NSAIDs quickly accumulate in the synovial fluid of the joints, and then are metabolized in hepatocytes (liver cells) during glucuronidation, forming biologically active and inactive conjugates. They are evacuated by the kidneys by about 65-80%.

Comparison of the clinical effects of analogues

Diclofenac and its analogues stop the inflammatory process mainly at the stage of exudation, when fluid from small blood vessels is released in the tissue or cavity of the body. The most effective are Diclofenac, Indomethacin, Phenylbutazone, which reduce collagen synthesis.

By the degree of anti-inflammatory action, all NSAIDs are significantly inferior to glucocorticosteroids, which can inhibit the production of prostaglandins.

During clinical trials that were conducted to compare the effectiveness of non-steroidal anti-inflammatory drugs, the features of individual representatives of this group of drugs were revealed:

These NSAIDs are actively used to relieve renal colic, which often occurs with urolithiasis. The active ingredients of the drugs inhibit the production of prostaglandins in the renal structures, slow down the renal circulation and urine formation, and this causes a decrease in pressure in the paired organs. Unlike narcotic analgesics, Diclofenac and its analogues do not provoke drug addiction and euphoria, do not have the ability to suppress the respiratory center.

With the course of any non-steroidal anti-inflammatory drugs, especially elderly patients, chronic heart failure can worsen. The likelihood of events in this negative scenario is 10 times higher compared with the refusal to take NSAIDs.

The most popular analogues from the NSAID group

Often, the use of injection solutions and Diclofenac tablets causes side effects. Doctors try to prevent the negative effects of treatment by adjusting the dosage individually for each patient. NSAIDs are not initially prescribed to people who have a history of erosive and hyperacid gastritis, ulcerative lesions of the gastrointestinal tract, since the course of Diclofenac will provoke acute painful relapses.

To prevent ulceration of the mucous membranes of the digestive system, neuropathologists and traumatologists include proton pump blockers in the therapeutic regimens of patients, which include the active ingredients lansoprazole, omeprazole, pantoprazole, esomeprazole. Sometimes even such preventive measures are not enough: there are pains in the epigastric region, gastrointestinal bleeding, and attacks of vomiting. Doctors immediately cancel Diclofenac and use other, safer NSAIDs to treat the patient.

In the United States, a randomized clinical trial was conducted in which 1309 patients, mainly women, took part. The average age of the volunteers was 64 years, and the duration of the chronic disease was about 9 years. One group of patients took Meloxicam, and Diclofenac, Naproxen, Piroxicam, Ibuprofen was prescribed for the treatment of the second. The results of the study showed that treatment with Meloxicam was successful in 66,8% of people, and the use of Diclofenac and analogues brought relief to only 45% of the volunteers.

Meloxicam is a derivative of enoliconic acid. A non-steroidal anti-inflammatory drug has a positive effect on the intensity of pain, has an antipyretic effect, is well tolerated by patients. After penetrating the systemic circulation, Meloxicam binds to proteins, while 40-50% accumulates in the synovial fluid, which is actively used in the treatment of pathologies of the musculoskeletal system. NSAIDs are characterized by a long elimination period of about 20 hours, therefore, to achieve a therapeutic effect, a single dose or parenteral administration is sufficient. Meloxicam is a safer analogue of Diclofenac, Naproxen, Piroxicam. It does not interact with other drugs:

When prescribing, the doctor takes into account the cumulative effect of Meloxicam, creating the maximum therapeutic concentration in the bloodstream. To achieve a quick therapeutic effect, in the first 3 days, intramuscular administration of NSAIDs in the amount of 15 mg is practiced. After this, the patient is advised to take oral tablets.

A recent study of the sale of non-steroidal anti-inflammatory drugs revealed that Ibuprofen ointment and tablets are in the highest demand among the population. The advantage of this NSAID is the budget cost. The price for one package is 30-50 rubles, which makes the drug extremely attractive for pharmacy buyers. But the advantages of Ibuprofen does not include the safety of use. The undesirable consequences of treatment with this Diclofenac analogue are the following pathological conditions: 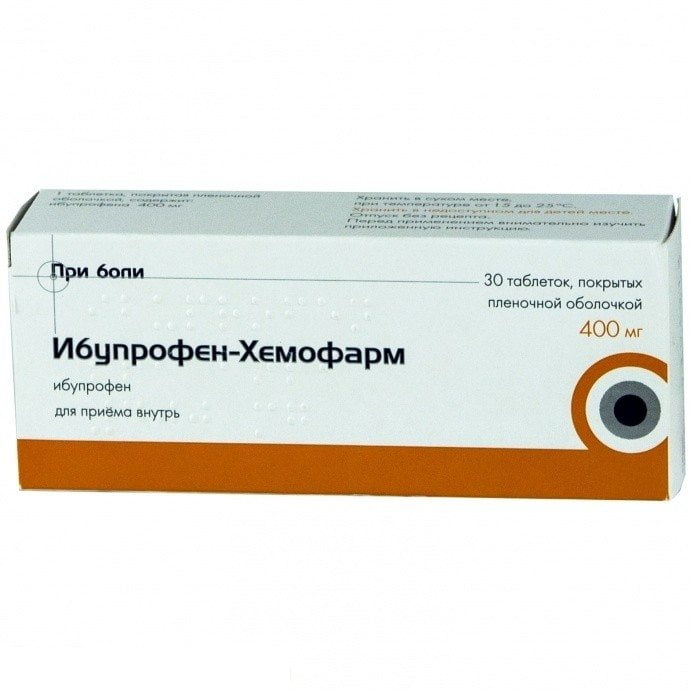 But with a competent dosing regimen, Ibuprofen has a pronounced analgesic, anti-inflammatory and antipyretic effect. NSAIDs are widely used in pediatrics as an etiotropic and symptomatic agent for viral and bacterial respiratory infections, juvenile arthritis (idiopathic, rheumatoid).

With a combination of oral and local Ibuprofen preparations in SA, significant prolongation of the therapeutic effect is achieved, which allows to reduce single and daily dosages, as well as the duration of treatment.

A comparative study of the therapeutic efficacy of the tablet forms of Nimesulide (Nise) and Diclofenac with the participation of 90 volunteers was conducted at the Institute of Rheumatology RAMS in Moscow. His goal was to establish the rate of onset of analgesic and anti-inflammatory effects in patients with acute gouty arthritis. The duration of admission was 7 days, during which patients were constantly monitored. According to the results obtained, comparing the clinical efficacy of stopping an attack of gout, the advantage of Nimesulide was revealed. Indications for its use: 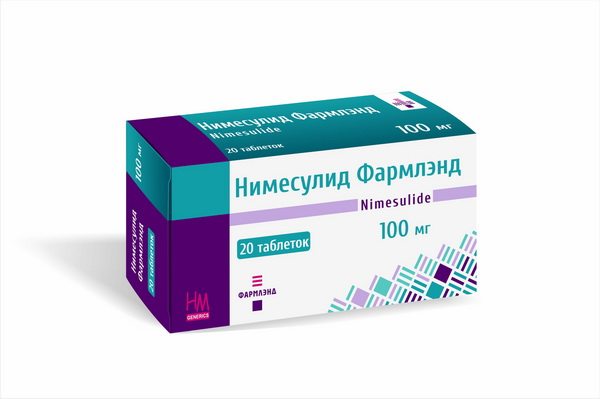 Suspensions, tablets and rectal suppositories are prescribed for adults and children to reduce body temperature in febrile conditions, provoked by the penetration of infectious agents into the body.

Overview of analogues from the NSAID group

The most common side effects of drugs appear after their parenteral administration, so doctors quickly select the replacement of Diclofenac with an analog in ampoules. It is not advisable to include Voltaren or Ortofen injection solutions in therapeutic regimens of patients. These drugs have a composition identical to Diclofenac. The safest analogues from the NSAID group: 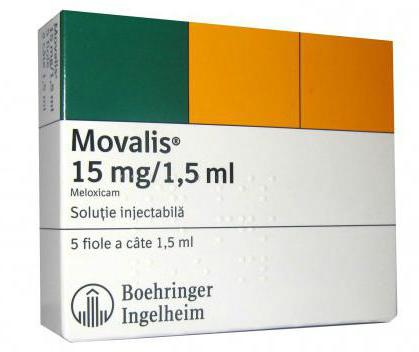 It is strictly forbidden to carry out the replacement of Diclofenac without first consulting with your doctor. Despite the similarity of the shown action, all analogues differ in the frequency of application and the dosage regimen. Each drug has its own characteristics of use and characteristic contraindications.

If allergic rashes occur on the skin after applying Diclofenac ointment, then analogues from the NSAID group do not necessarily become a substitute for an external remedy. It can be warming gels, chondroprotective balms and even glucocorticosteroids. The greatest anti-inflammatory effectiveness is characteristic for such drugs: 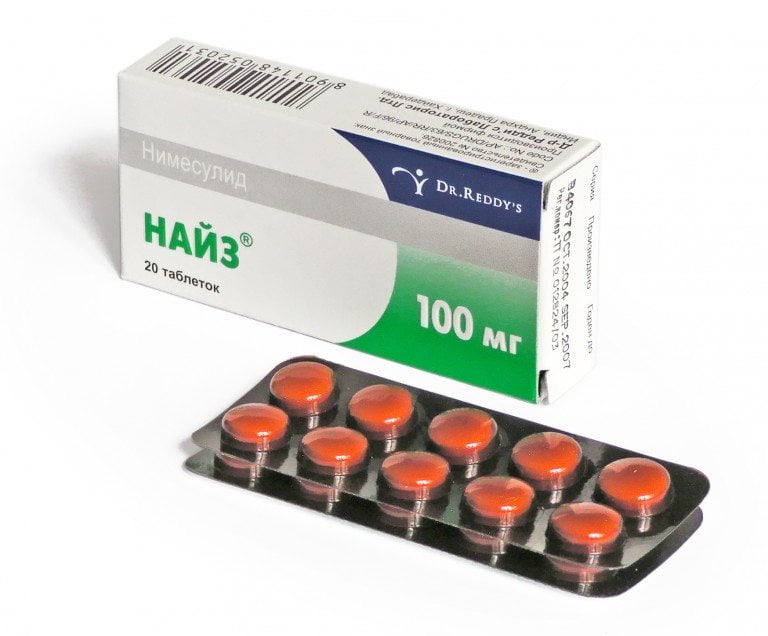 Analogues of Diclofenac ointment are well absorbed by the skin and quickly penetrate into inflammatory foci, creating a therapeutic concentration in the synovial fluid of the joints, muscle and soft tissues.

When choosing Diclofenac analogues, the doctor must take into account the selectivity of the drug. This factor does not determine effectiveness, but affects toxicity values. Course administration of short-lived NSAIDs (Ibuprofen) is better tolerated by patients than the use of Indomethacin, Naproxen, Piroxicam.

Osteoarthrosis of the knee joint causes of the disease, stage, symptoms, how to treat an ailment

How to treat heel spurs medically

Qigong gymnastics for the spine and joints 18 health-improving exercises