Osteochondrosis is a degenerative-dystrophic disease that affects the cervical, thoracic or lumbosacral spine. It is characterized by a gradual destruction of the cartilaginous intervertebral discs, and then the vertebrae, consisting of bone tissue. Despite the fact that osteochondrosis belongs to the pathologies of the musculoskeletal system, its symptoms are very specific. Therefore, when diagnosing, doctors are faced with certain difficulties and the need for differential studies. 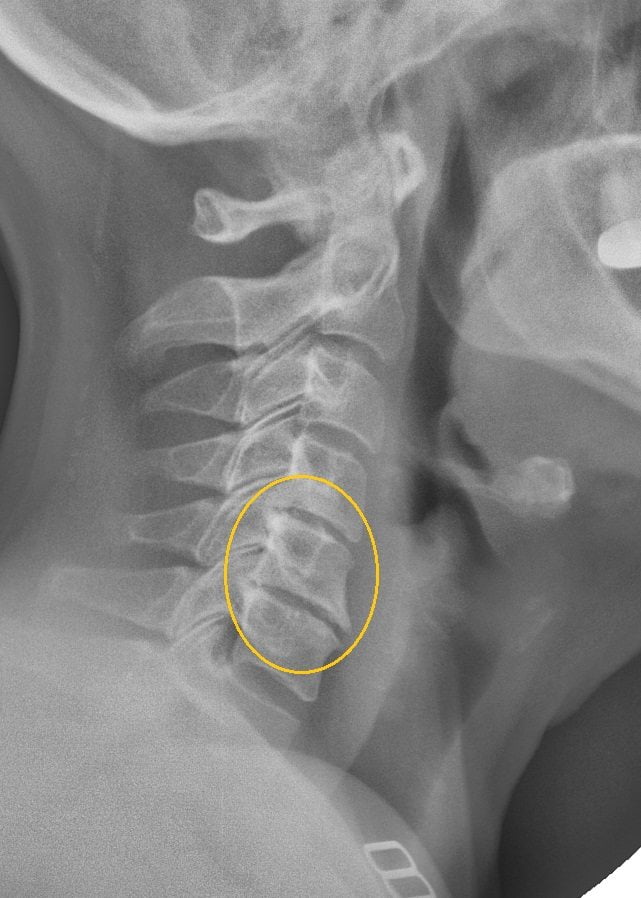 When visiting a doctor, patients complain of discomfort in the stomach, lower abdomen, right hypochondrium. They suffer from frequent dizziness, shortness of breath, sudden jumps in blood pressure. But most often there are pains in the heart with osteochondrosis, especially the thoracic spine. 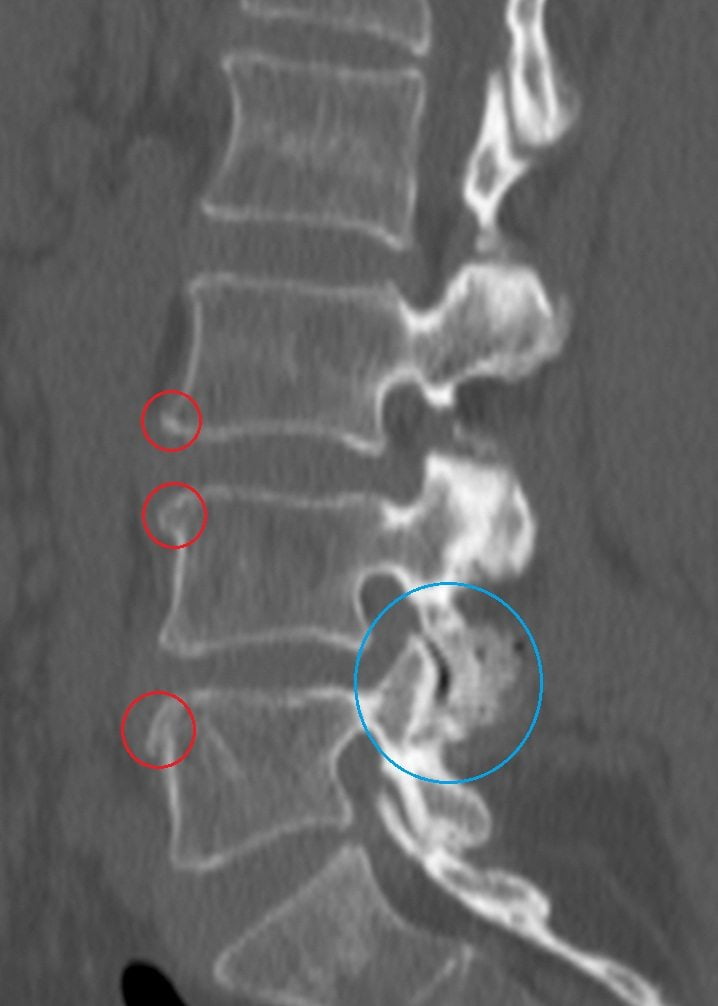 Pain in the heart with osteochondrosis is one of the leading symptoms of pathology. Often, patients come to vertebrologists in the direction of a cardiologist. It is they who are contacted by patients suspecting an acute attack of angina pectoris or a pre-infarction condition. A cardiologist conducts a full examination to exclude a profile pathology. Usually, according to the results of an X-ray examination, it is possible to quickly establish the cause of pain in the heart – osteochondrosis of the thoracic and cervical regions.

Their intensity depends on the degree of destruction of the intervertebral discs and the destabilization of the vertebrae. At the initial stage of the pathology, slight discomfort behind the sternum occurs. Gradually, the severity of cardialgia increases, it begins to manifest itself in the form of seizures, without weakening for several days, and sometimes weeks. The sensations are deep, boring, oppressive, often accompanied by a rapid heartbeat.

Cardialgia, provoked by cardiovascular pathologies, is different from how the heart hurts with osteochondrosis. There is a sensation of warmth that quickly spreads throughout the chest. If a person takes Nitroglycerin, Validol, Corvalol for stopping an alleged attack of angina, then there is no improvement in well-being.

With osteochondrosis of the cervical region, often with cardialgia, pain is noted in the areas of the location of the spinous processes in the lower neck. Discomfort in the chest is accompanied by weakness of the left arm – shoulder, forearm, hand, fingers. In this case, the intensity of pain increases when moving with both the hand and the body (with inclinations, turns).

With osteochondrosis, cardiac pain of a slightly different nature occurs. Often there is a spread of pain impulses from the pathological region of the spine to the muscle fibers of the chest, which have a common innervation with 5, 6, 7 cervical spinal roots. Cardialgia develops in the upper left quadrant of the body. It is felt simultaneously in the chest, neck, left arm, and sometimes in the face. Patients are interested in attending physicians whether the heart can hurt with osteochondrosis. Vertebrologists and neurologists always respond positively. This symptom is characteristic of the pathology of the musculoskeletal system, which makes it easier to diagnose.

How to recognize heart pain with osteochondrosis or cardialgia associated with cardiovascular pathologies? Patients are given Novocaine solution in the area of ​​the 6,7 cervical and first thoracic vertebra. If the pain is provoked by osteochondrosis, then it quickly disappears under the influence of an anesthetic. And after the particular introduction of distilled water, tingling occurred. The pain disappeared due to medical blockade of impulses transmitted to the central nervous system from the affected discs and vertebrae.

The reason for the development of stable cardialgia is the thinning of cartilage and bone growth. As the disease progresses, the discs lose their cushioning capacity, which leads to vertebral destabilization. The anterior roots of the spinal cord are irritated by squeezing them: 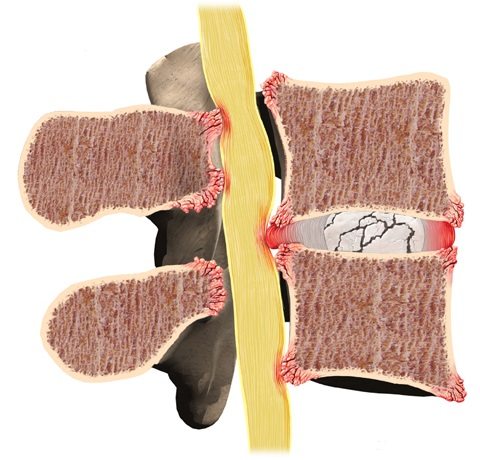 As a result of clinical studies, it was found that pain in the heart with osteochondrosis, as its symptom, is reflected or occurs directly in the chest. Therefore, a dual developmental mechanism is characteristic of cardialgia. Pain localized in the heart appears due to a violation of its innervation. In the cardiac region there is a stellate node, due to which the sympathetic innervation of the heart muscle occurs. If pain impulses are transmitted to him from the spine affected by osteochondrosis, then a person has a feeling of acute, piercing pain in the heart.

There is also a reflex mechanism for the development of cardialgia. Squeezing of the spinal roots provokes a disorder in the transmission of impulses in the tissues of the left hand. There is a violation of the innervation of the heart by the vegetative parts of the nervous system, causing reflex cardialgia. This is confirmed by an increase in the intensity of uncomfortable sensations with an increase in motor activity. A person feels reflected pain in the heart, shoulder, forearm, back of the neck, back of the head. They persist for several days. But there are no vascular symptoms of osteochondrosis, and negative changes are not detected on the electrocardiogram.

How to distinguish pain from osteochondrosis

There are several ways to distinguish heart pain from osteochondrosis. It differentiates in duration, intensity, upcoming consequences. But doctors recommend not doing home diagnostics, but immediately seek medical help. After establishing the cause of cardialgia, the patient will recover much faster. Upon examination, the primary diagnosis is made on the basis of both subjective and objective sensations described. How does the heart ache with osteochondrosis, what are the symptoms:

The appearance of cardialgia makes a person anxious, worried about the state of his health. And during an attack of angina pectoris there is a strong fear. If the pain does not abate for several hours, panic attacks may occur. Cardiovascular pathologies are characterized by short cardialgia, the intensity of which is significantly higher than with osteochondrosis. The cause of the pain often becomes any physical activity, for example, climbing stairs. They can also be provoked by neuropsychic overstrain, prolonged stress, and depressive states. Pain in the heart subsides after taking Nitroglycerin or Validol.

Patients often make an appointment with a urologist and gynecologist due to pain in the lower abdomen. So manifests osteochondrosis of the lumbosacral spine. The formed osteophytes infringe on the spinal roots, provoking a violation of innervation. Therefore, when asked by patients whether osteochondrosis can cause lower abdominal pain, vertebrologists answer in the affirmative. The progression of the pathology is indicated by the absence in the clinical picture of the characteristic signs of urogenital diseases – bleeding, the appearance of cheesy discharge, aches and burning during urination. But difficulties with emptying the bladder and intestines against the background of a frustrated innervation are not excluded. With exacerbation of osteochondrosis, other specific symptoms may occur:

Cases of even the occurrence of toothaches during relapses of cervical osteochondrosis have been noted. Also, a person’s condition can be complicated by a rise in blood pressure, headaches, dizziness. Often, the psycho-emotional state is destabilized – sleep is upset, anxiety and fatigue arise.

Pain in the heart will disappear only after the transfer of the underlying pathology to the stage of stable remission. It is not advisable to take any cardiovascular drugs that have a wide range of contraindications that have a toxic effect on the human body. The doctor may prescribe antihypertensive drugs if osteochondrosis is accompanied by sharp jumps in blood pressure. But the need for them disappears after the patient has completed the full therapeutic course.

Symptoms and treatment of thoracic radiculitis