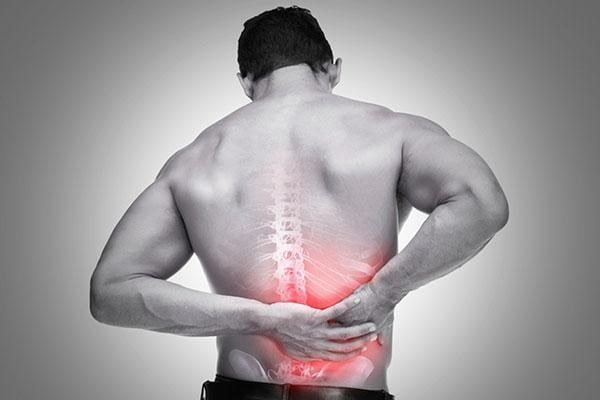 Back pain on the right rarely occurs due to natural causes, for example, due to muscle strain after a hard working day. More often, their appearance signals a pathology developing in the body. Therefore, even mild back pain should be an occasion to consult a doctor for medical help. Timely conservative, and sometimes surgical treatment will help to avoid the development of complications, often irreversible.

Where does it hurt

At the first appointment, the doctor asks the patient to specify exactly where the pain most often occurs. Their localization suggests the reason for the deterioration of well-being. A detailed diagnosis helps the patient to describe in detail the accompanying symptoms and the nature of the pain. They are aching, pulling, pressing, throbbing, burning, piercing. Mild pain usually indicates a chronic inflammatory or degenerative process, severe pain – its aggravation.

Between the shoulder blades

Localization of pain between the shoulder blades is characteristic for inflammatory damage to the lungs, especially if it is accompanied by fever, shortness of breath, sensations of lack of air when inhaling, dry unproductive cough. They also occur with damage, compression of the spinal roots in the thoracic spine with displaced disks, deformed vertebrae, and bone growths (osteophytes).

In this area of ​​the back are many internal organs, the damage of which is manifested by pain in the back on the right. They can signal problems that have arisen and worsen with the liver, gall bladder, spleen, pancreas. Gastrointestinal upsets, including nausea and vomiting, are confirming the developing pathology of one of the internal organs.

Pain in the side on the right is one of the main symptoms of pathologies of the urinary system. They always accompany the inflammatory process that occurs in the kidneys, ureters, and urinary bladder. Especially dangerous for its serious complications is an infectious lesion with the rapid involvement of healthy tissues and organs. A much less common cause of pain in the right side is appendicitis.

Drawing, constant aching pain in the lower back can be triggered by inflammation of the pelvic organs. But in the vast majority of cases, it indicates destructive-degenerative changes in the intervertebral discs and vertebrae. Acute pain in the lumbar region is characteristic of inflammation of the nerve root or its compression, trauma to the formed intervertebral hernia.

Various pathologies can provoke back pain on the right, which a person is not able to diagnose on his own. A similar symptom manifests itself in almost all diseases of the spine. But to argue that it was damage to the discs and vertebrae that caused deterioration in well-being. Spinal roots located along the spine innervate not only its structures, but also internal organs. If a pathological process proceeds in the kidneys or liver, then the pain from them spreads along the nerve fibers, it is felt in the back. Such pain is called “reflected”, radiating.

Discomfort in the back on the right can be caused by muscle strain as a result of excessively intense movements or after a long stay in one position of the body, lifting weights. Soreness is quite natural after falls, bruises, bumps. It often becomes a constant companion of a person who has previously been identified compression fractures of the spine, subluxation of the vertebrae, compression of the spinal cord. In such cases, the pain is relatively mild, usually arising from a sharp change in weather, increased stress on the back, hypothermia.

But without a thorough diagnosis, one cannot talk about the naturalness of such sensations. Indeed, the constant lifting and carrying of weights, frequent being in a non-physiological position can provoke microtrauma of the discs with the further development of severe pathology of the spine.

Diseases of the spine

The leading symptom of all pathologies of the spine is back pain. Its appearance on the right is typical for unilateral infringement of the nerve root. This often occurs with osteochondrosis of the cervicothoracic, thoracic, lumbar, lumbosacral spine. Especially often, pain occurs with its already developed complications: protrusion, intervertebral hernia, discogenic myelopathy, radicular syndrome.

Read the article:  How to cure the shoulder joint at home 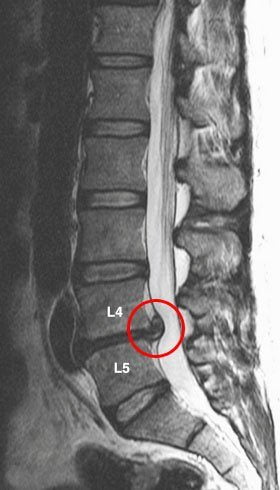 Pain on the right side of the back can also signal such diseases: 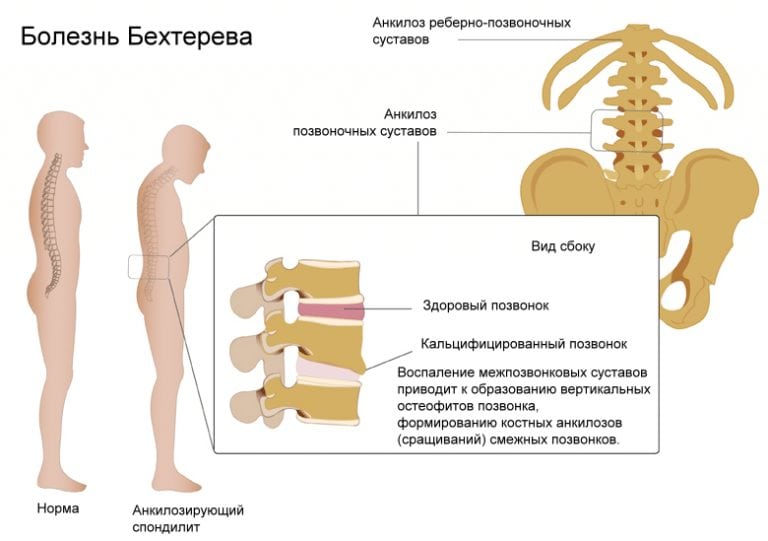 Damage to the discs, vertebrae, and especially compression of the spinal roots is rarely manifested by clearly localized pains. They spread to adjacent parts of the body, radiating to the arms, legs, sides. 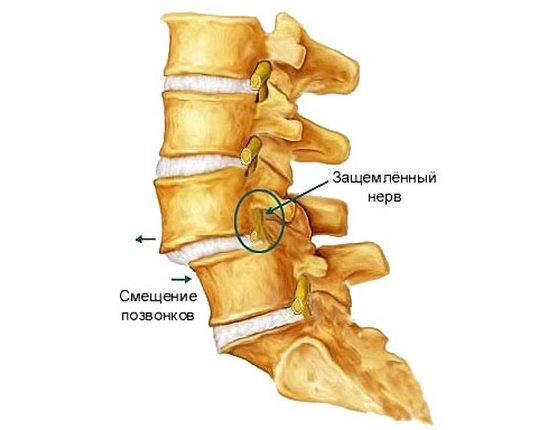 Pathology of the digestive system

The cause of pain in the lumbar and thoracic spine are often pathologies of the digestive system. They are characteristic of cholecystitis, pancreatitis, inflammatory bowel diseases, including an autoimmune character. As the inflammatory process intensifies, the severity of pain increases. They become sharp, encircling, do not subside even after a long rest.

If the pain is burning, throbbing, cutting, then the risk of appendicitis is high, especially with an atypical (retrocecal) position of the appendix.

Pain on the right side of the back with pathologies of the cardiovascular system is not typical. But in some cases, such a localization is possible. Patients with thoracic osteochondrosis often suffer from radiating pains in the heart. But it is very important to differentiate them from the symptoms of angina pectoris or myocardial infarction – diseases that threaten not only health but also human life. The intensity of heart pain weakens when taking Nitroglycerin. 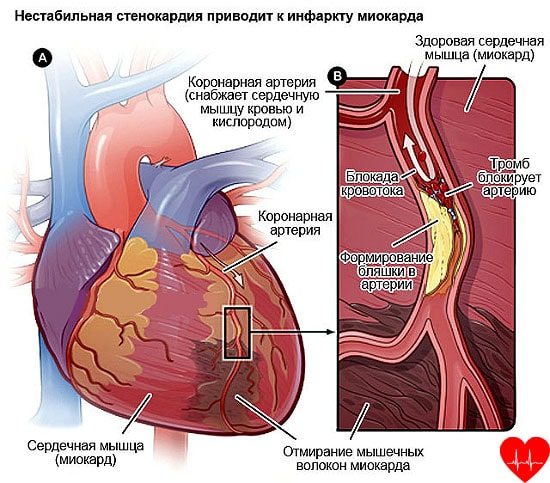 This is a fairly common cause of lumbar pressing or piercing pain, due to the common innervation of the vertebral structures and urinary organs. Discomfort in the back accompanies polycystic, hydronephrosis, cancer, which lead to an increase in one or two kidneys in size.

From about the 16th week of pregnancy, the uterus begins to increase in size. It presses on the right-hand sensitive nerve endings, which becomes the cause of the “reflected” pain in the lower back. They usually disappear after a short rest in the supine position.

From the 30th week of gestation, the center of gravity shifts significantly due to an increase in the abdomen. In order not to stoop while walking, a woman has to strain the muscles of her entire back. A few hours later there are aching, dull pains. So the body signals the need for rest.

In late pregnancy, the cause of pain is the development of relaxin, which provides increased elasticity of the ligament-tendon apparatus for preparing the birth canal. Since this hormone acts indiscriminately, it affects all ligaments, which causes pain in the lower back and sacral region.

Read the article:  What is gonarthrosis of the knee 1 degree

Drawing, aching pain in the lumbar spine often indicate a right-sided development of the inflammatory process in one of the organs of the reproductive system. They accompany an ectopic pregnancy, the formation of an ovarian cyst, uterine fibroids. Gradually increasing pain is characteristic of genital tumors, the threat of miscarriage during pregnancy. When a woman complains about discomfort in the lower back, differential diagnosis is always carried out to exclude gynecological pathologies.

Shortness of breath, pain in the middle part of the back, a sensation of soreness and a “coma” in the throat, an unproductive cough can be signs of both chest osteochondrosis and pathologies of the respiratory system. The latter include:

A constantly increasing pain on the right side of the back accompanies the enlargement of the tumor in the lung, including malignant.

In which cases you need to urgently seek help

Not only acute pain should be a signal to see a doctor. The greatest danger is a weak soreness that persists for several days, does not disappear even after a long rest. It is a protective reaction of the body to inflammatory or degenerative damage to the internal organs, spinal column.

What to do if the back hurts on the right

If the doctor’s appointment is scheduled only the next day, and the pain does not subside, then you can take a pill of any non-steroidal anti-inflammatory drug (NSAIDs). This is Ketorol, Nise, Nurofen, Ketoprofen, Diclofenac. With weak discomfort, it is enough to apply local NSAIDs – Voltaren, Fastum, Arthrosilen gels. It is strictly forbidden to use cold compresses or warming up until the cause of pain on the right is determined. This can lead to increased inflammation or persistent muscle spasm.

An orthopedic traumatologist is involved in the diagnosis, treatment, and prevention of pathologies of bones, muscles, ligaments, and joints. He owns the methods of applying gypsum for fractures, correcting acquired or congenital pathologies of the limbs. Anatoly Kudravets specializes in the treatment of various types of injuries: bruises, sprains, fractures, subluxations, dislocations. The doctor deals with the consequences of radioactive, thermal, electrical, chemical lesions.