Tendinosis of the hip joint (Tendinosis of TBS) is atrophic changes and subsequent degeneration of fibers within the tendon. Pathology is non-inflammatory in nature and is associated with chronic tendonitis. Violation provokes a partial or complete rupture of the tendon. The cause of the disease is protracted arthritis and arthrosis, previous injuries. The most vulnerable age category is the elderly and the elderly; social – people of great physical and / or monotonous stress, athletes. Calcium deficiency in the body is an aggravating condition that must be taken into account when planning treatment. 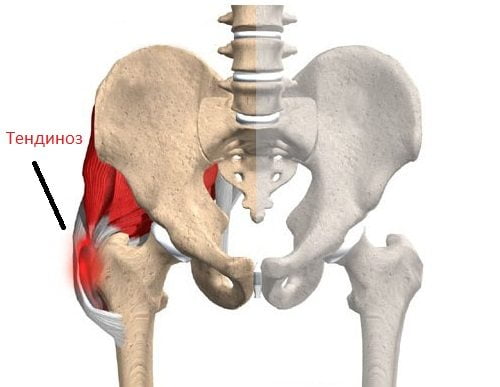 Patients who have not previously encountered problems of the musculoskeletal system will not understand that the cause of their pain is tenos of the hip joint; what is it, the doctor explains while taking the patient. From the consultation it is clear what signs the violation manifests itself and how it is better to eliminate it in a particular patient. 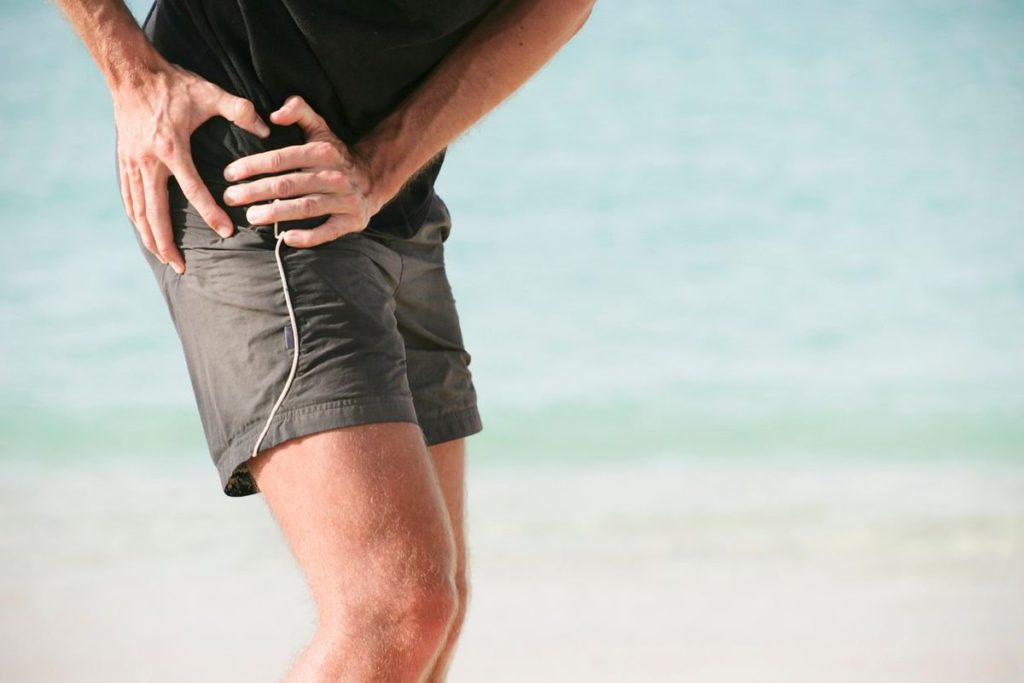 The remaining symptoms depend on the stage of the disease, the individual sensitivity of the patient to pain. Additional signs include edema, hyperemia, neurological disorders (sleep disturbance, irritability, fatigue).

Informative sources of the condition of the hip joint are X-ray examination, MRI and ultrasound.

Also, a specialist can expand diagnostic appointments based on the expected stage of the disease and related disorders.

It is important to confirm by diagnostic methods at what stage the tendinosis of the hip joint is treated conservatively (in 80% of cases) only because patients seek medical attention in a timely manner. It is not worth hoping for the self-liquidation of the disease – this will lead to a loss of time and the need for surgical intervention. The same applies to attempts to treat tendinosis with traditional medicine.

The main goal is to anesthetize the patient and restore his motor activity. To achieve the objectives assigned:

When treating tendinosis of the hip joint, doctors are careful when prescribing hormone therapy.

Injections of corticosteroids reduce the tensile strength of the tendon, tearing it, especially if the procedure is performed incorrectly or too often. In this regard, the use of hormones in the form of injections is justified only in the acute period and not more than 1 time in 3 weeks.

It is necessary to limit the mobility of TBS – immobilization is achieved by using elastic bandages, bandages, orthoses. Plaster is superimposed less often.

Tendon repair with autografts is a complicated and rather expensive operation. It assumes a full state of the heart, because in order to ensure an adequate depth of anesthesia, doctors widely use Diprivan and narcotic analgesics in their practice (in 68,3%). This combination puts a strain on the heart, because on the eve of the intervention, special attention is paid to ECG indicators. Given the high risk of complications and a long (more than 3 months) recovery period after surgery, doctors try to prescribe surgery only in severe cases when prolonged administration of NSAIDs and antibiotics is ineffective or contraindicated.

A competent specialist is never limited to medical treatment if the task is to eliminate the disease. Simultaneous exposure to physiotherapeutic methods allows you to quickly achieve better patient well-being.

Dr. Epifanov about the benefits of physiotherapy:

Among these areas are used UVT. Tendinosis is well eliminated by the impact of shock wave therapy.

A separate advantage of the procedure is established – the ability to form a new capillary network – neoangiogenesis. The process improves metabolism in the hip joint, which, due to the development of tendinosis, is not adequately supplied with blood. The formation of a new network of capillaries is carried out for 95 hours after exposure to shock waves. 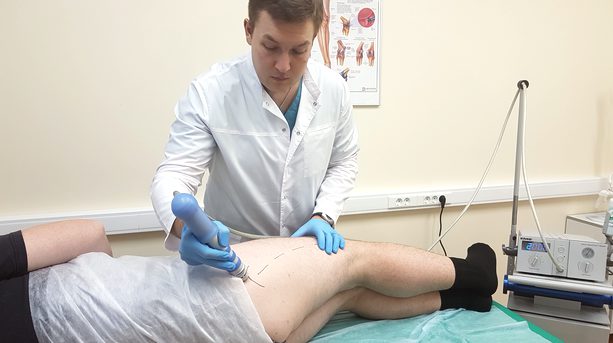 Despite the many advantages of the technique, there are contraindications to its implementation: 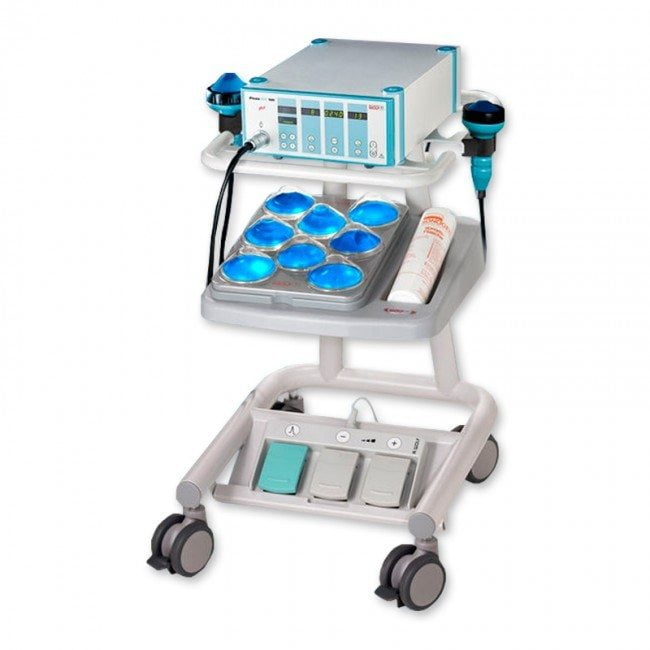 In order to have a positive effect on TBS teninosis, it is enough to carry out 2 procedures for the impact of UVT with the Piezoson 100 brand of the German company Richard WOLF. It is recognized as an efficient equipment, patented and focused on widespread practice. The device meets the requirements for the safety of physiotherapy equipment. Piezoson 100 was approved by members of the German shock wave therapy company.

A course consisting of 2 procedures should be carried out no more than 3 days later. A shock wave should be generated with a frequency of 4 strokes per second – 1 procedure involves the impact on the joint of 2000 strokes.

It is important to increase the level of impact energy from 1 to 3 gradually, taking into account the patient’s sensations. For effective, but safe manipulation, a special silicone gasket is used. Her doctor determines the penetration depth of the pulse, which should be no more than 1 cm in the treatment of tendinosis of the hip joint. For high-quality pulses, a gel is placed between the pad and the skin of the patient. The therapeutic head of the wave is directed to the focus of pathology.

Immediately after the treatment procedure, the patient notes the absence of typical pain inside the joint, there is a sensation of a surge of heat. On day 2, a relapse of pain occurs, gradually decreasing towards evening. After 2 manipulations, discomfort is significantly reduced. The pain syndrome is stopped closer to 7 days from the moment the physiotherapeutic effect began.

Tendinosis of the hip joint suppresses UVT for the following reasons:

Shock waves activate the body’s own restorative mechanisms for recovery.

Tendinosis of the hip joint involves neuroreflex disorders, under the influence of which trophism of soft-tissue structures changes. Conservative treatment involves the introduction of NSAIDs, painkillers; Active vitamin therapy and unloading measures (orthoses, providing additional support during movement) are also required. Since the type of pathology under consideration is difficult to diagnose, it is important to visit a doctor when the first signs of a violation appear – pain, stiffness in the joint.

Hernia under the knee