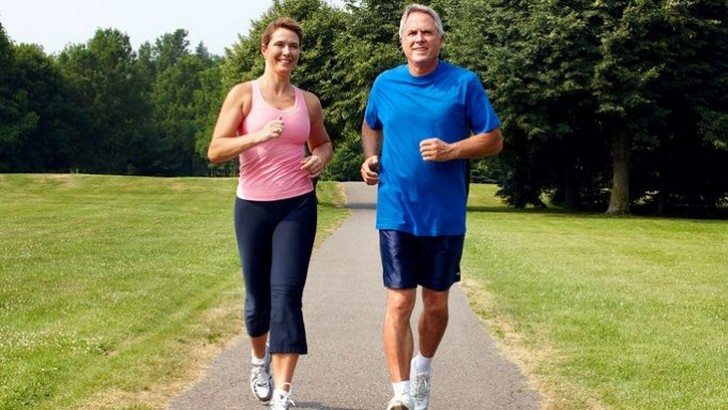 If a person was actively involved in running before diagnosing osteochondrosis, then it is difficult for him to give up his usual workouts. But with this degenerative-destructive pathology, many sports are contraindicated because of the high probability of further destruction of the intervertebral discs and vertebrae. Is it possible for a patient to run with osteochondrosis, the doctor decides only after studying the results of instrumental studies. 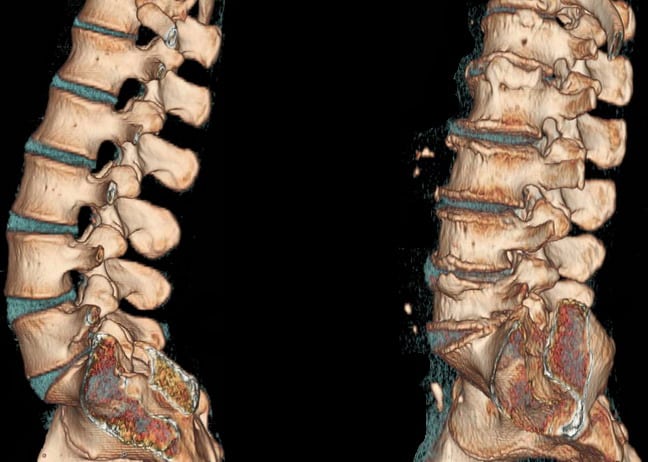 Is it possible to run with osteochondrosis

Osteochondrosis of any localization is a serious progressive pathology, not yet amenable to final cure. Clinically, it manifests itself as a constant or episodic back pain, aggravated by movement. After therapy, a stable remission is achieved, which is characterized by the absence of severe symptoms. 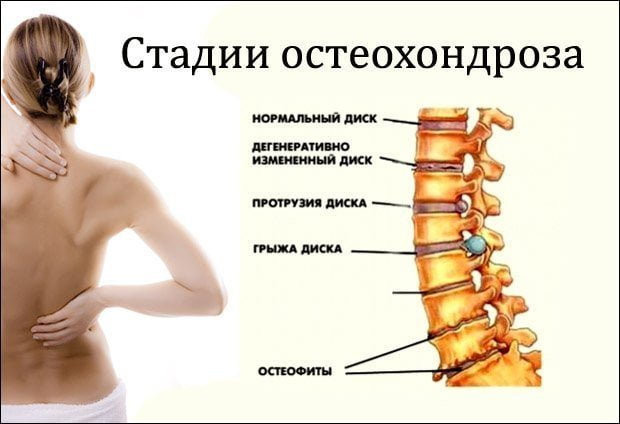 The patient feels well, therefore, wants to lead a habitual active lifestyle, for example, to do morning runs. But in most cases, a neurologist or vertebrologist strongly discourages him from doing this.

The main reason is a high risk of relapse, a serious deterioration in well-being. With such training, the spinal column is subjected to significant stress. When the body is torn off the ground and then lowered onto its surface, the deformed vertebrae strongly infringe the intervertebral discs located between them. These structures have already lost their strength, elasticity, and under the influence of dynamic loads are flattened and destroyed even more.

A strong body shake during running negatively affects the condition of the cartilage and bone structures of the spine. And with the complications of osteochondrosis (hernias, protrusions), jogging can be dangerous. Any sharp, awkward movement will cause: 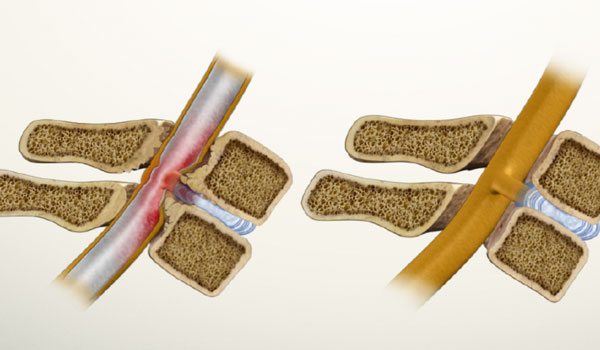 Although upon landing the main burden falls on the lower leg, the remaining amount is enough for microtrauma of the tissues.

Under normal health conditions, the benefits of running are obvious. During training, blood circulation improves, a sufficient amount of nutrients and oxygen is supplied to the cells, muscles, ligaments, and tendons are strengthened. All this happens while running with osteochondrosis. But the rate of regeneration of damaged tissues is significantly inferior to the rate of their destruction. 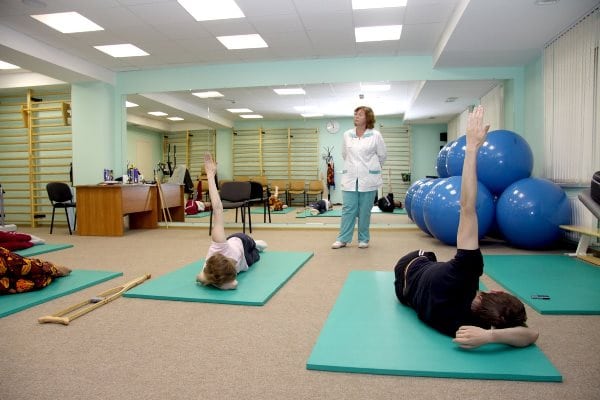 Any stage, form, localization of osteochondrosis is not an indication for this type of sports training. The doctor can make an exception for the uncomplicated course of the pathology. But he always warns the patient that running is not a method of complex therapy, unlike swimming, yoga, Pilates, water aerobics. 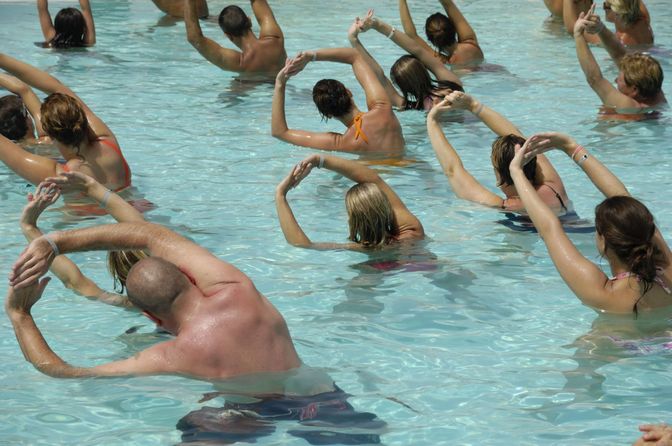 What stage of the disease allows jogging

Doctors allow jogging patients with osteochondrosis of the first degree. At this stage, the radiographic signs of the pathology are rather weakly expressed, therefore, during the treatment, the prognosis for recovery is favorable.

When osteochondrosis 2 (moderate) and high severity can not run. In the intervertebral discs and vertebral bodies, irreversible destructive degenerative changes occurred. Even minor microtrauma of the vertebral structures will provoke:

With cervical osteochondrosis of any degree, running is strictly prohibited. This section of the spine is not equipped with a powerful muscle-ligamentous apparatus, and violation of the stability of the segments can lead to compression of the vertebral artery and the development of oxygen starvation of the brain.

If the exercise therapy doctor allowed short runs, then certain rules must be followed to reduce the risk of exacerbation of osteochondrosis. One of them is the cessation of training when even slight discomfort appears. For jogging you need sneakers with a shock-absorbing sole and comfortable arch support, which will reduce dynamic loads when the legs come into contact with the surface.

Even the “neglected” OSTEOCHONDROSIS can be cured at home! Just remember to smear it once a day.

Feet during jogging should be parallel to avoid rocking the body. Doctors of exercise therapy recommend fully putting the feet on the surface. This contributes to the correct, uniform distribution of loads on all parts of the spine. The length of the step depends on the technique of occupation and the convenience of the person. But the upper part must always remain motionless with respect to the vertical axis.

Before jogging, you should prepare the muscles, ligaments, tendons for the upcoming loads. In osteochondrosis, for stretching you need to choose stretching exercises – tilting the body back and forth, to the sides. Such movements predispose to increase the distance between the vertebrae and discs, stimulate the improvement of blood circulation. After warming up, you can’t immediately start running – you must first go for a walk.

It is advisable to use orthopedic appliances. It can be soft bandages or corsets with hard metal or plastic inserts. They stabilize the discs and vertebrae, soften the load with unnecessarily sharp movements.

Recommending the patient a specific running technique, the exercise therapy doctor takes into account his physical fitness, age, and the presence of other chronic pathologies in the anamnesis. The localization of osteochondrosis and the severity of clinical manifestations are important.

This is one of the most sparing types of sports training, which is also used to treat cervical, thoracic, lumbar osteochondrosis. Scandinavian walking with special sticks is especially therapeutically effective. It supports muscle tone at the same time as the upper and lower parts of the body, therefore it is useful for all pathologies of the musculoskeletal system.

Despite the greater intensity of jogging than walking, it is also considered one of the methods of treatment of osteochondrosis, but only at the initial stage of development of pathology. Stretching exercises should be done before and after training. This will avoid muscle spasms and enhance the clinical effect. 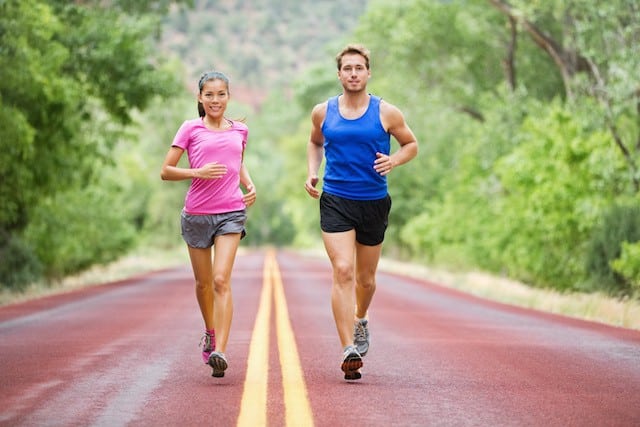 During training, you can not accelerate, tilt the body to the side, forward or backward. Classic running is indicated with minimal destructive changes in the intervertebral discs, which are not manifested by any symptoms. When jogging, you must first touch the surface with your toe and only then lower yourself onto the heel.

Such a running technique can be resolved in osteochondrosis in exceptional cases, usually in the absence of signs of progression of osteochondrosis. To avoid injury, exacerbating the course of the disease, it is necessary to jog in dry warm weather. 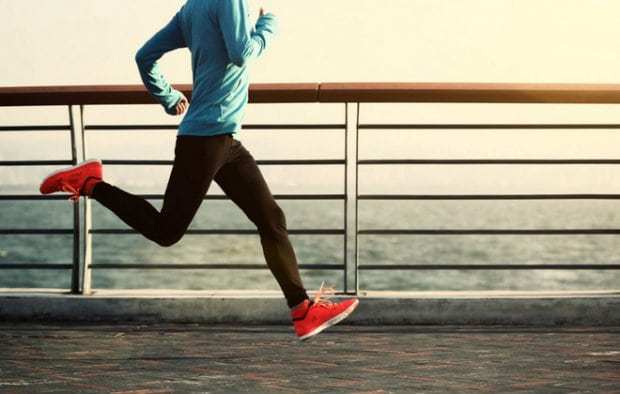 The alternation of fast and slow phases of movement with variable running allows you to slightly reduce the risk of microtrauma to cartilage and bone tissue. During such training, the state of the respiratory and cardiovascular systems improves, muscles, ligament-tendon apparatus strengthen.

Doctors do not recommend patients even with the initial stage of osteochondrosis to run with obstacles. During training, sudden movements are unavoidable, worsening the condition of the vertebral structures. When the foot touches the surface, the intervertebral discs are no less loaded than the lower legs. 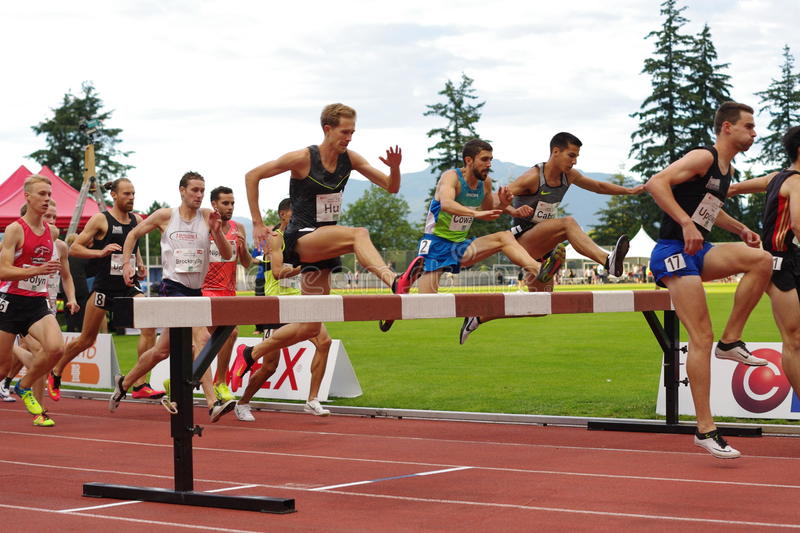 This technique is characterized by high dynamism and excessive loads on the entire musculoskeletal system. This is one of the professional sports that often cause osteochondrosis and joint diseases.

Running is not the best prevention of cervical, thoracic, lumbar osteochondrosis. It will be beneficial only when training 1-3 times a week in compliance with all medical recommendations. For the prevention of osteochondrosis, walks in the fresh air and Nordic walking are much more useful.

Myopia, glaucoma, bronchial asthma, pulmonary failure are absolute contraindications for running. Such sports training is not recommended for patients after 50 years or with diseases of the joints (arthritis, arthrosis). Running is prohibited in many cardiovascular pathologies due to serious stresses arising on the veins, arteries, and myocardium.

What is osteochondrosis of the cervical spine symptoms and treatment