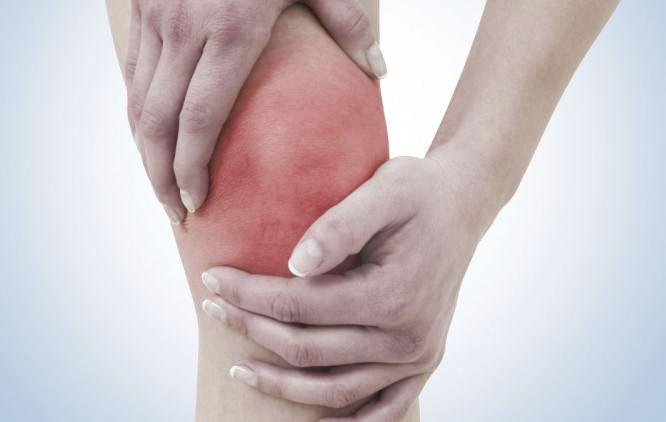 Tendonitis, tendonitis, is considered a pathology requiring complex treatment. However, improper assistance in this condition threatens further trauma to not only the tendon, but also the tissues around. In the human body there are about 700 muscles, resulting in the movement of the smallest bones of the ear, as well as the largest bones of the thigh and pelvis. The muscle corset is attached to the bones by means of special connective tissue fibers – tendons. The latter have high strength, but low elongation. This fact contributes to the frequent trauma of tendon cords. 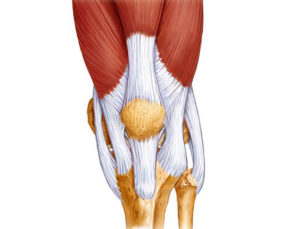 The development of an inflammatory reaction in tendon tissues is called tendinitis. Usually, inflammation begins with the synovial vagina, a special tendon capsule with fluid that facilitates gliding and friction during muscle contractions. Sometimes inflammation affects the muscles, which causes myotendinitis.

Tendonitis is more often observed in the area of ​​large joints, which is explained by a simple anatomy: muscles are attached with the help of tendons to those bones that need movement. At the same time, men are more prone to tendonitis due to increased physical activity compared to women.

In medical practice, two main types of tendonitis are distinguished: primary (as an independent ailment) and secondary (a consequence of another “background” disease).

So, among the causes of tendonitis note:

At risk are people of advanced age (due to senile changes in the body), as well as suffering from flat feet, clubfoot and other deformities of the feet.

Tendonitis is divided into acute and chronic. The first form is marked by the severity of symptoms. So, patients feel sharp pain during voluntary movements (passive flexion remains painless). The skin above the ligament turns red and warms up – hyperemia appears. Sometimes there is swelling and “crunching” during movements. Also, patients note “stiffness” of joints adjacent to the tendon, their tension.

With infectious inflammation, the pain becomes burning, hyperemia and swelling are pronounced. The general condition of the patient worsens – there is a fever, weakness, apathy. In this case, the symptoms of tendonitis can complement the clinic of the underlying disease (chlamydia, gonorrhea, etc.).

Chronic tendonitis occurs against a background of aching pain and mobility restrictions of varying degrees. Often in the tendon area there is a compaction (fibrosis) or deposition of salts (ossification). In such cases, we are talking about the degeneration of the ligament – tendinosis. 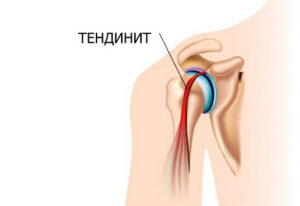 Tendons of various parts of the body can undergo inflammation, which causes the main manifestations of tendonitis. So, there are the following types of tendonitis:

Temporal tendonitis develops with damage to the tendons of the masticatory muscles. The malocclusion provokes the disease, as well as the habit of chewing excessively solid food. Usually pain appears in the temple and cheeks, extending to the lower jaw. At the same time, pain during chewing or talking intensifies, while at rest it weakens or disappears altogether. Sometimes the cheek swells, reddens, and an inflamed tendon cord can be felt under the skin.

Tendonitis of the muscles that move the shoulder appears more often in painters and plasterers. Usually tendonitis is accompanied by a sharp pain on the shoulder abduction or rotation. The pain syndrome is often absent at rest, but appears at night, during sleep.

One of the options for the disease is salt deposit tendinitis – calcifying. Usually near “salt” inclusions there is inflammation with local edema. Most often, the disease occurs in people older than 45 years. Usually, tendon tears provoke the disease with active wave of hands.

Biceps tendon inflammation is more common among athletes – swimmers and tennis players. In this case, there is aching pain in the front-upper part of the shoulder, aggravated by raising the arm.

There is also weakness when bending the limb in the elbow joint or turning the forearm inward. When there is a feeling of “slipping” or block, you need to suspect a break in the transverse (transverse) ligament of the shoulder.

Tendon inflammation in the elbow joint can be localized in the external and internal epicondyles – lateral and medial epicondylitis, respectively. There is tendonitis more often in athletes – tennis players and golfers. Usually accompanied by pain of a different nature from the outer or inner side of the joint (depending on the site of inflammation). Soreness with tendonitis can spread to the forearm and wrist, after which there is weakness when compressing and holding objects with a brush.

Tendonitis in the area of ​​the carpal joints can develop on the external or internal side near the styloid processes. The disease affects office workers, cybersportsmen and builders. Usually there is pain, aggravated by rotation with the brush, as well as swelling.

A variant of wrist disease is de Kerven’s disease (“pianist’s hand”) – inflammation of the tendon capsule of the thumb. An ailment appears more often in housekeepers, seamstresses, stonecutters and painters in the form of pain in the first finger of the brush. Soreness can be of a different nature, but is equally amplified by movements with the thumb. In rare cases, local puffiness appears.

Hip joint tendonitis occurs with inflammation of the gluteal tendons. Usually, aching pains appear first, then muscle weakness (up to atrophy). Movement disorders gradually increase: soreness intensifies, “clicks” appear that make it difficult to move the leg away and move to an upright position.

Knee tendonitis is understood as inflammation of the patellar ligamentous apparatus. Usually, the disease manifests itself in jumpers (due to increased stress) and the elderly (in view of tendon wear). The first symptom of the disease is paroxysmal pain, which provokes stress (training). Then there is local swelling, hyperemia in the joint area and impaired mobility.

Tendonitis in this area is associated with excessive strain on the calf muscles. As a rule, tendonitis affects athletes after retirement. The disease is manifested by soreness on the inner side of the leg, extending to the ankle joint. Swelling and local redness may also occur.

With inflammation of the calcaneal tendon, hyperemia appears on the back surface of the ankle joint, ankle skin sensitivity increases.

With the progression of tendonitis, soreness occurs, which increases with flexion / extension of the foot (while walking, running, etc.). Sometimes the pains appear after a night’s rest, while you can feel the thickened and compacted tendon cord.

Often, the diagnosis of tendonitis is reduced to a survey (clarification of the nature and circumstances of the occurrence of the lesion) and examination. All additional research methods are aimed at eliminating the probable concomitant pathology (or the root cause in case of injuries or systemic diseases).

So, in order to visualize tendons, ultrasound diagnostics are performed. It is possible to use x-rays or computed tomography to exclude articular or bone pathologies. In rare cases, magnetic resonance imaging is used to detect possible tendon microtrauma.

In cases of suspected infectious or systemic diseases, appropriate studies can be carried out (rheumatic tests, the concentration of urate in the blood, etc.). 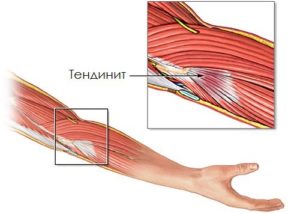 How to cure tendinitis?

Therapy for tendon inflammation can take anywhere from a few days to two months, given the recovery phase. Timely and correctly provided treatment can affect these terms.

Basic help for tendonitis consists of providing rest to a damaged tendon (usually a joint). For this, dressings, spacers, orthoses, tires and other devices are used. In this case, it is important to raise the limb so that its level is higher than the location of the heart (in order to improve the outflow of blood). At night, a pillow can be placed under the affected area.

The next step is cooling the inflamed tendon. For this, cold compresses are used, which are applied 5 times a day at regular intervals for 15-20 minutes. Similar procedures are repeated for no more than two days, after which they are replaced by warm compresses. The regularity and duration of their production is the same.

An important stage of therapy is the provision of compression (compression) of the affected area. For this, an elastic bandage or special stockings can be used. However, it is necessary to control the state of the tissues below the compression level: if the skin turns blue, gets colder and “goosebumps” are felt on its surface, it is worth loosening the bandage immediately.

Analgesics (for relief of pain syndrome – Analgin, Baralgin) and anti-inflammatory are used as drug therapy. Among the latter, preference is given to the non-steroid group of drugs (Indomethacin, Nimesil, Diclofenac), but only a doctor can prescribe drugs. These funds can be prescribed both internally and locally.

For “distracting therapy” and as a local irritant, ointments based on pepper containing alkaloid capsaicin (Nikoflex, Espol) are used.

At the recovery stage, physiotherapeutic procedures are used: cryo, laser, magnetotherapy, as well as phono and electrophoresis. Physical therapy aimed at increasing the load is particularly effective in rehabilitation.

To prevent the occurrence of tendonitis, the following rules must be followed:

Tendonitis is an ailment that rarely appears in isolation. Inflammation is often accompanied by trauma or the presence of a systemic disease. Do not delay your treatment.

What is osteochondrosis of the cervical spine symptoms and treatment