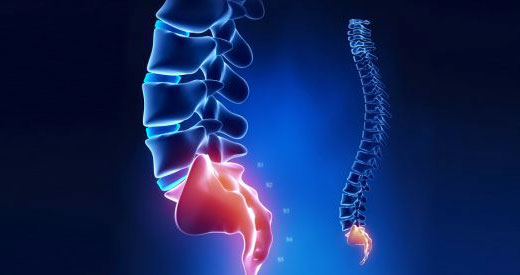 Exhausting pain in the sacrum is often without much thought attributed to the most common diseases. Meanwhile, at the first diagnostic examination quite often an unexpected diagnosis is established, which has an official name and two medical terms at once – sacralgia and sacrodinia. This disease is characterized by strong stable painful sensations, disorders of the bone and cartilage tissue of a degenerative, dystrophic nature, as well as the presence of a focus of the inflammatory process. Despite the whole complex of pathological facts with this ailment, it is quite treatable. 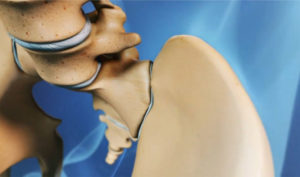 Why does the pain in the sacrum appear?

Pain in the sacrum is much more common in the female part of the population. Men go to doctors 10-12 times less often with complaints of painful symptoms in this part of the back. This is due to the structural composition of the bone tissue of the female body. The bones of women are more fragile and less durable.

Due to the natural or pathological loads created, patients experience deformation faster, a violation of the structural integrity of the pelvic bones. And already as a result of these changes there is pain in the sacrum.

This area of ​​the spine is a fused complex of five small vertebrae adjacent to the coccyx.

As in other parts of the spinal column, they have a similar structure:

The main pathological changes in pain in the sacrum are taken over by the cartilage tissue. As it is thinning and dystrophic changes, vertebral bones begin to suffer, forming a tight connection and forming osteophytes – bone growths. They, in turn, create pressure on the nerves, blood vessels and soft tissues, provoking severe pain in the sacrum. It is believed that soreness in this disease is the most powerful and palpable.

Pain in the sacrum can occur in a chronic or acute form, with a favorable or cautious prognosis. The key to effective disposal of pathology is timely and correct diagnosis, as well as a productive course of treatment with complex methods.

Diagnostic procedures, the appointment of an effective course of treatment, the study of the clinic of the disease are within the competence of specialized doctors: a vertebrologist, orthopedist or neurologist.

Among female patients, the most common cause of this pathology is the load on the entire axis of the spine during pregnancy. The extra mass created by the fetus and amniotic fluid presses on all vertebrae. Static load is naturally transmitted to the lowest part of the spine. Given the small intervertebral gap, the small size of the articular elements and the fragility of their tissues, it is here that pathological changes are primarily noted.

Similarly, the development of the disease in women due to menstruation occurs – during the cycle, tension is created, which is transmitted to the coccyx and radiates to the sacral area.

Other causes of pain in the sacrum can be:

Another common cause of pain in the sacrum (sacralgia) is sacroileitis – an inflammatory process in the ileo-sacral joint. This pathological condition is accompanied by a number of abnormal changes in the anatomy of this section of the back, as well as a violation of its physiological functions.

The rare causes are the consequences of bone tuberculosis, some infections transmitted through sexual contact, as well as the formation of metastases.

Signs of pain in the sacral region may differ depending on the nature of the course of the disease and its causative factors. However, in almost all episodes, clinical symptoms common to all forms of pathology are noted:

Patients have difficulty turning the torso, and a slight crisp sound may be felt during movement. In many cases, symptoms appear in the pelvic area and in the physiology of the urinary and reproductive systems. There are difficulties with urination, reduced desire for intimacy, deteriorating reproductive capabilities.

At the same time, it is easier to diagnose the nature of pain in the sacral region based on the causes of their occurrence. In most cases, it is they who dictate the nature and intensity of the symptoms.

The menstrual cycle may be accompanied by periodic undulating pains. They often give discomfort to the groin and legs.

In addition, most of these episodes are characterized by symptoms such as unnatural posture of the body in sleep and pathological postures while awake. Often there is shortness of breath, hoarseness, the work of the heart and the hematopoietic system is disrupted.

To establish a correct diagnosis, it is necessary that the patient, even at the first sign, consult a doctor for a clinical examination. In the future, complex diagnostic procedures will be prescribed, including laboratory tests and hardware-instrumental methods: 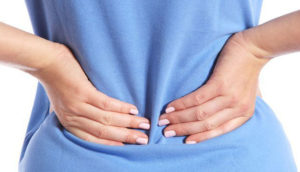 The first step to getting rid of sacral pain is the elimination of etiological factors – only by removing the causes, you can continue to struggle with the symptoms and consequences.

To eliminate pain, analgesics are prescribed, non-steroidal anti-inflammatory drugs, which also have anesthetic effect. Corticosteroid drugs are also indicated. At the discretion of the attending physician, prescriptions for the following medicines can be prescribed:

To speed up the process of pain relief and faster recovery, local blockades are prescribed with the intramuscular injection of the drugs Hydrocartisone, Lidocaine, Diprospan, Deximethasone. Together with them are introduced the components of B vitamins.

Physiotherapy procedures will help to fix the result:

To prevent pain in the sacrum, a healthy lifestyle is recommended, nutrition with the content of mineral components also contribute to maintaining health in this part of the back.

In no case should you load your spine with exorbitant weights or create an increased load when running, walking.

As symptoms develop, consult a doctor immediately. Many doctors recommend not waiting for the first signs and undergo a preventive examination. Doing this is enough 1-2 times a year. Considering that the diagnosis of pain in the sacral region of the spinal column does not require an impressive amount of money and proceeds quickly enough, such measures will not become a burden, but will prevent possible risks. And one more tip to conclude – you should never make a diagnosis based on your own considerations. And even more so, self-treatment is unacceptable.

What are chondroprotectors for joints list of drugs, the price of the most popular drugs

Treatment of spondylolisthesis of the lumbar and cervical spine