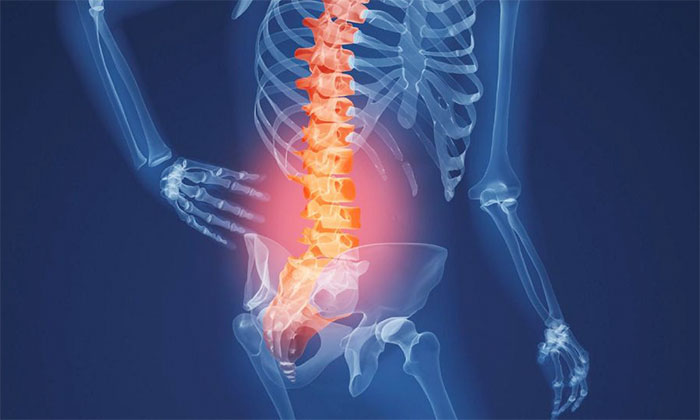 The cause of every third bone fracture is osteoporosis. Pathology occurs due to a violation of bone formation against a background of calcium and vitamin D deficiency. In this case, the disease is dangerous with possible complications – fractures of the vertebrae or femoral neck. In medical practice, osteoporosis is called a “silent epidemic”. The reason for this is a long asymptomatic period, which does not allow timely detection and correction of pathology.

Why does osteoporosis appear?

According to the World Health Organization, osteoporosis affects more than 250 million people. Moreover, every third patient is a woman in the postmenopausal period. WHO experts also note that osteoporosis ranks fourth in the structure of causes of disability and mortality (immediately after myocardial infarction, cancer and sudden deaths).

Osteoporosis is usually divided into primary (occurring on its own) and secondary (developing against the background of a concomitant disease).

So, primary osteoporosis occurs due to:

The causes of secondary osteoporosis include:

An unhealthy lifestyle is also considered a risk factor for osteoporosis, including:

The above causes of osteoporosis in various ways contribute to the destabilization of bone formation and bone destruction with the predominance of the latter.

Symptoms of the disease

Osteoporosis is often asymptomatic. Osteoporosis manifests itself, as a rule, with fractures of the femoral neck, radius, or vertebral bodies. A feature of such injuries is that they occur against the background of small injuries that usually do not provoke fractures in a healthy organism.

Some types of fractures (for example, femoral neck) are distinguished by their lethality. Damage occurs at the level of the hip joint and is accompanied by severe pain, as well as a violation of the supporting and motor functions of the limb. A characteristic symptom is the inability to tear the heel off the bed while lying down.

Often in the clinic (in the absence of injuries) the pain syndrome comes to the fore. It occurs during the gradual destruction (fracture) of the vertebrae, which occurs under the body’s own weight due to thinning of bone tissue. In this case, pain can occur / intensify against the background of physical activity, simulating painful “backache” in osteochondrosis.

In addition to pain, patients have a deformity of the spinal column: lordosis of the neck (its bend, known as the “widow’s hump”) or kyphosis (curvature in the thoracic region).

Sometimes, such changes in the spine are accompanied by pinching of nerve fibers with the development of motor disorders (paresis) and sensitive disorders (sensation of “goosebumps” on the skin, as well as partial or complete loss of sensitivity).

How to diagnose osteoporosis?

The determination of osteoporosis begins with a patient survey according to a unified protocol consisting of 19 questions. Particular attention in the questionnaire is given to fractures and corticosteroid therapy in a patient earlier, as well as to a decrease in growth rates (more than 1 centimeter) over the past year.

For comparison: the reduction in body length to 3 mm per year (after 50-55 years) is considered the norm.

In order to determine osteoporosis, laboratory (calcium and hormone levels) are used, as well as instrumental methods of research. Among the latter, radiography is the most used. However, X-ray diagnostics can detect only the late stages of the pathological process, when more than 30% of bone tissue is already “lost”.

Current methods include computed tomography and densitometry, an X-ray option for determining bone density. The latter is used not only for the diagnosis of osteoporosis, but also for identifying risks and evaluating the effectiveness of the prescribed treatment.

Therapy for osteoporosis begins with lifestyle modifications. So, patients are shown a diet rich in calcium and vitamin D (found in large quantities in dairy and seafood, cabbage and almonds). It is recommended to diversify the diet with other trace elements (magnesium, potassium, phosphorus), as well as refuse harmful products (alcohol, salty and spicy foods).

As medicines for osteoporosis, calcium and vitamin D are prescribed in the form of a combined preparation (Calcium-D3 Nycomed) in order to replenish the microelement composition. Only a doctor can prescribe drugs. To slow the destruction of bone tissue, the use of Osteokhin or Osteogenon is indicated – drugs, including those that contribute to the activation of bone formation.

Postmenopausal women with osteoporosis are often prescribed hormone therapy with new-generation estrogens (Raloxifene), which “tighten” the bones, reducing the rate of their destruction.

In the presence of neoplasms of the genitals, uterine bleeding or diabetes mellitus, estrogens are contraindicated. In this case, calcitonin therapy is prescribed – a thyroid hormone. However, according to the European Medical Agency, calcitonin can provoke the onset of tumors, which is why the use of the substance is limited.

To improve bone formation, compounds of strontium (Bivalos), hormones of the parathyroid glands (Teriparatide) and pituitary gland (growth hormone) are used. The latter is used only in elderly patients, since the substance is a “growth hormone”: its unreasonable use can lead to the development of acromegaly – an increase in brushes, feet, and also coarsening of facial features.

For the prevention of osteoporosis, it is necessary:

Women in the postmenopausal period are shown the prophylactic use of calcium and vitamin D preparations, as well as hormone replacement therapy (if indicated).

Osteoporosis is an extremely dangerous disease. It develops gradually, everywhere, and is asymptomatic, which is why it was called a “silent epidemic”. The disease often leads to disability, and in some cases can lead to death. Therefore, patients at risk (elderly people, especially postmenopausal women) need timely diagnosis and proper treatment!

Osteoarthritis of the toes and symptoms photo treatment