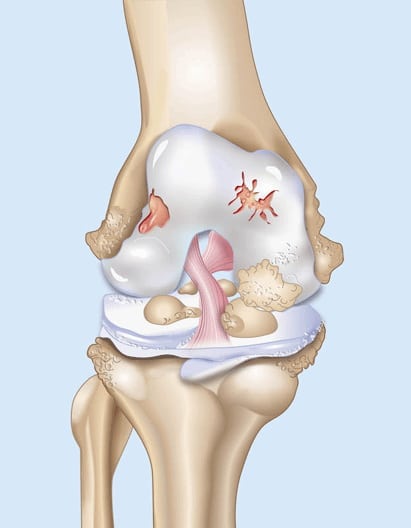 Gonarthrosis of the 2nd degree is a pathology of the knee joint, provoked by a number of factors of internal or external nature. The disease is the result of gonarthrosis of the 1st degree not detected in time or incorrect treatment. For effective treatment of this pathology, modern medicine offers highly productive methods of drug, surgical, alternative therapy, physiotherapy. Their purpose and choice is the responsibility of rheumatologists, orthopedists or surgeons. 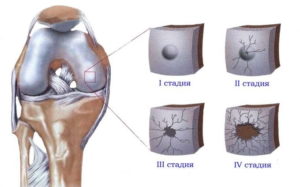 Description of the disease

This pathology is characteristic of people who have reached the age of 40. The age-related signs of the disease are dictated by the fact that tissue damage and wear in the joint do not occur simultaneously – cell depletion lasts for at least several weeks. More often women suffer from gonarthrosis.

Although according to the latest results of studies on the dynamics of the spread of this disease, representatives of the male part of the population are increasingly becoming included in the risk group. Similarly, episodes of a call to doctors of young people aged 25-38 years became more frequent.

About 20-22% of people over forty suffer from this ailment, often without even realizing the causes of their problems.

The disease usually affects the knee joint. Pathology is a complex of degenerative-dystrophic and destructive changes. They affect the cartilage tissue in the initial phases of the development of the disease. Subsequently, this anomaly is accompanied by proliferation of bone tissue with the formation of specific growths – osteophytes. This process proceeds against the background of depletion of the volume of synovial fluid – a special lubricant in the joint cavity, which lubricates the cartilage tissue to maintain cushioning properties.

The second degree of gonarthrosis of the knee joint differs from others in that in this phase it is easier to diagnose morphological changes, detect the true causes of the disease, classify pathology than with stage 1 disease. At the same time, phase 2 of this anomaly is accompanied by greater prospects for treatment than with the development of the third degree.

Causes of the development of gonarthrosis of the knee 2 degrees

The most important reason for the appearance of this ailment is the first degree of this disease. Against its background, destructive changes progress with the decay of the structure of cartilaginous tissue, leading to the second degree.

At the same time, there are two categories of etiological factors, external and internal origin, which are direct causes of joint damage:

At the same time, hereditary factors can become the causes of the disease – due to a genetic predisposition, the patient manifests gonarthrosis at an early age and often without obvious reasons. Hormonal abnormalities and endocrine disorders can provoke or contribute to the development of the disease.

The cause of the disease can be fragility of blood vessels and anomalies in the local process of microcirculation of lymph and blood.

The disease can develop against the background of primary diseases associated with the defeat of one or more types of tissue of the knee joint. With a combination of several causative factors, the disease can lead to disability. Such an unfavorable outcome may be accompanied by untimely diagnosis or incorrect identification of characteristic clinical signs. An important role in this can be played by the differential diagnostic method, which is designed to identify characteristic symptoms and distinguish the disease from diseases with similar symptoms. 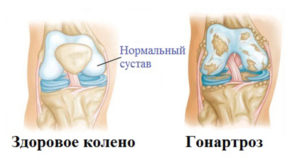 At the very beginning of the progression of the second stage of gonarthrosis, the main symptom begins to appear – swelling in the knee and its increase in volume. This occurs due to pathological growth of cartilage. At the same time, an inflammatory focus forms in the joint, which is manifested by an increase in local temperature and hyperemia (redness) of the skin of the knee.

In the process of progression, the cartilage becomes thinner, as a result of which the bones rub against each other. Due to this friction, osteophytes are formed – bone neoplasms of a dense structure. They provoke another characteristic sign – the sound of clicking or crackling in the knee. Especially this symptom is clearly manifested during movement, when the knee joint is bent.

Together with these signs, other clinical symptoms of gonarthrosis of the 2nd degree are accompanied:

By the end of the course of the second degree of gonarthrosis, lameness appears, movement is complicated, pain becomes impulsive. In a neglected state, the knee joint risks losing mobility.

Swelling as this phase of the disease progresses increases, covering the entire articulation region and adjacent tissues. The structure of soft tissues becomes denser, painful and accompanied by hotness. These characteristic symptoms are replaced or amplified as the disease passes into the third phase of development.

Forms of the course and varieties of the disease

The intensity of the manifestation of the symptomatic picture depends on the type of disease. Medical practice involves a number of differences that form the classification of the disease according to the localization of the lesion and the degree of development.

At the place of manifestation, gonarthrosis is divided into the following categories:

The intensity of the spread of the disease determines two forms of the course – chronic and acute. In the acute form, the pain is impulsive, acute, with periodic attacks. The characteristic symptoms – redness, crunching, deformation – are more often manifested with an overly active lifestyle, with increased mobility and increased stress on the joint.

The chronic form of gonarthrosis is accompanied by symptoms with a less pronounced manifestation – the pains are pulling in nature due to the fact that osteophytes have time to encapsulate by this time – to grow connective tissue. And so they no longer deliver strong pain.

In addition, the classification of the disease includes two varieties according to etiological signs: 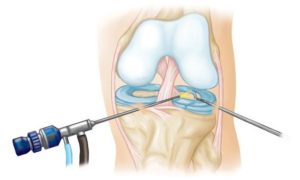 How to diagnose gonarthrosis 2 degrees?

For a correct diagnosis, it is necessary to take a radiographic image – it will display the anatomical anomalies of the tissues of the joint and pathological changes in its structure. Radiographic findings complement clinical examinations by a rheumatologist or orthopedist – palpation, angiometry (study of joint mobility at different angles), linear bone characteristics.

To confirm the initial diagnosis, the following instrumental methods are assigned:

At the same time, the attending physician can give direction to laboratory tests: 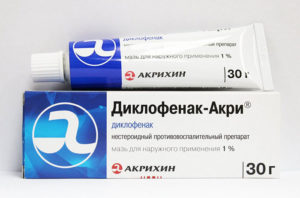 To relieve the inflammatory process and relieve pain, medications are prescribed from a number of non-steroidal anti-inflammatory drugs:

In the chronic course of the disease, the use of more sparing drugs Celecoxib, Nimesulide and Meloxicam is indicated.

To relieve acute pain, lidocaine or novocaine intraarticular blockade is performed. They provide a short-term effect and are used in critical circumstances.

The hormonal spectrum means – Diprospan, Hydrocortisone, Kenalog – provide suppression of pain for a longer period, contribute to the normalization of the hormonal background and the removal of inflammation.

To stop destructive and morphological changes due to gonarthrosis, antienzyme agents are indicated – Gordoks, Kontrikal, Ovomin. They are injected into the joint by injection. The purpose of their application is to restore the regeneration of cartilaginous tissue and block the synthesis of undesirable enzymes that affect the destruction of articular tissues.

In addition, the course of therapy includes:

For the rehabilitation of the synovial fluid volume, preparations containing hyaluronic acid or agents stimulating its natural synthesis in the body are injected into the joint.

Prevention of gonarthrosis is the result of timely diagnosis of this disease in the first stage. In addition, it is important to monitor your weight, avoid unjustified physical overload, control your diet and observe safety precautions during training and during work.