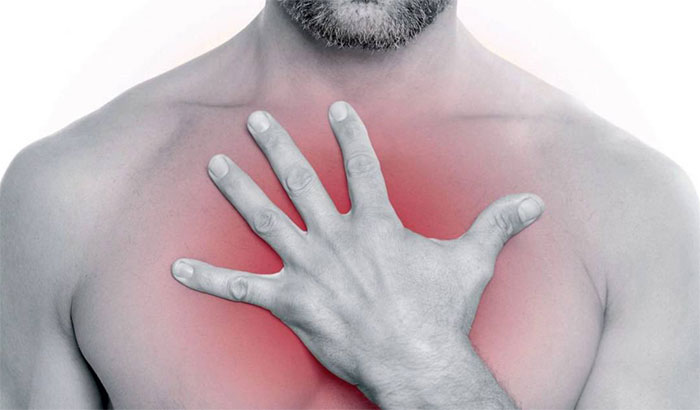 Chest injuries rarely go unnoticed. Typically, the typical symptoms — pain, bruising, and edema — are joined by a clinic for damage to internal organs: interruptions in the functioning of the heart, shallow breathing, hemoptysis, etc. Such symptomatology indicates damage to the heart and lungs that threaten the patient with a fatal outcome. Statistically, every 15th case of injury occurs in the chest. However, such damage is rarely isolated: it usually occurs against the background of bruised wounds of the limbs or head. 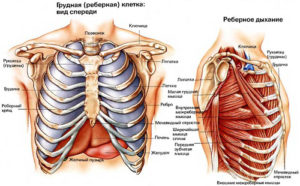 What is special about it?

The chest is the bone framework necessary to protect vital organs: the heart, lungs, and blood vessels. With bruises of the chest, its deformation is possible with subsequent trauma to the intrathoracic organocomplex. Thus, rib fractures can be accompanied by closed pneumothorax (rupture of the lung with an accumulation of air in the pleural cavity) or hemothorax (when instead of air under the pleura, blood is detected).

In clinical practice, bruises mean closed organ injuries without significant damage to their structure. As a rule, bruised wounds are accompanied by pain, bruising; often – skin abrasions and rupture of tissues.

It is worth noting that damage to the sternum can cause reflex cardiac arrest, which, without proper assistance, leads to death.

Bruised chest injuries most often provoke falls from a height (or of the body itself or of any body on the chest). Such damages are frequent due to transport or industrial accidents, as well as domestic hassles (fights, etc.).

A separate type of bruised wounds are wartime injuries. In such cases, bruises are caused by a shock wave propagating from an detonated shell.

When a soft tissue is injured in the chest, a dull soreness appears with a maximum at the time of the injury. Usually, the pain syndrome increases with movements, coughing, speaking, or trying to breathe fully.

When small vessels are crushed, the blood “saturates” the subcutaneous tissue, which causes bruising. The latter is visible through the skin in the form of a crimson spot, which in time changes color to blue and green (which is why it is called a “bruise”). The skin above the bruise is warm, and the surrounding tissue is swollen. In this case, the height of the edema falls not at the time of the injury, but an hour or two after.

Bruised chest wounds due to strong blows or prolonged compression of the chest can be accompanied by a bruise of the lungs. The “deflection” of the ribs during an impact and subsequent damage to the lungs provokes an injury.

Usually there is a deep pain in the injury zone, which is difficult to distinguish from superficial soreness when soft tissue is injured. The pain syndrome intensifies with deep breaths, inclinations and pressure on the chest. A common manifestation of the clinic is hemoptysis – the separation of bloody sputum. Patients with respiratory failure increase: shortness of breath appears, palpitations increase and pressure drops. The skin first turns pale, after which diffuse cyanosis appears.

Another option for lung injury with a bruise in the chest is closed pneumothorax. The latter develops with fracture of the ribs and rupture of the lungs with bone fragments. At the same time, air from the injured lung tissue accumulates under the pulmonary membrane (pleura), which leads to subsequent lung collapse (atelectasis).

Patients usually complain of severe pain spreading to the neck and upper limbs. Shortness of breath, shortness of breath, and dry cough appear. The heartbeat quickens, pressure drops, the skin of the lips turns blue, and cold sweat appears on the face. Patients often take a forced position: they sit with support with their hands on the bed.

A characteristic manifestation is the accumulation of air in the skin tissue – subcutaneous emphysema. Visually, the skin of the chest, neck and face swells (up to the closing of the eyelids and the disappearance of the voice), and when felt, crunching is determined (by the type of dry snow).

In rare cases, damage is complicated by thromboembolism – blockage of a thrombus – pulmonary artery. The patient develops respiratory failure, followed by a stop in both breathing and heartbeat. Such a condition has a high risk of death.

With a bruised wound of the heart, various parts of the organ may be affected primarily. So, with a closed injury to the myocardium and pathways, interruptions in the work of the heart and pain syndrome such as angina pectoris (“angina pectoris”) are observed.

When the valves are bruised, their insufficiency appears, leading to pulmonary edema. The clinic of the latter includes shortness of breath, lack of air, the allocation of bloody and foamy sputum. Patients’ skin is cyanotic, clammy, and pulse is rapid.

Injury to the coronary vessels threatens with detachment of their inner membrane with subsequent thrombosis. This condition is complicated by myocardial infarction: intense pain in the region of the heart that spreads to the left side of the trunk and arm.

However, isolated bruises of individual heart structures are rare. More often bruised injuries combined, i.e. combine different types of damage. They occur in two main types: angina pectoris (when the pain behind the sternum is the main clinical symptom) and heart attack (with a combination of shortness of breath, fever and arousal). 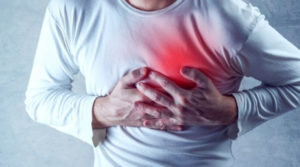 Confirmation of the diagnosis begins with a survey of the patient, clarifying the nature and circumstances of the damage. Then the doctor conducts a physical examination through palpation (palpation), tapping (percussion) and listening (auscultation).

For suspected fractures of the ribs, sternum, or thoracic vertebrae, an X-ray or computed tomography scan is used. To determine the integrity of the organs or check the contents of the pleural cavity, ultrasound diagnostics is prescribed. Confirm the rupture of blood vessels or the presence of internal hematomas can magnetic resonance imaging.

In some cases, thoracoscopy is used – a revision of the chest organs with the help of optical equipment (thoracoscope). In a serious condition of the patient, a diagnostic and treatment measure is performed – thoracotomy – opening the chest for examination and urgent surgery.

Therapy of chest injuries begins with emergency first aid. So, the patient needs to ensure complete peace, isolating from noise, cold and other irritants. A cold compress should be applied to the injury site for 20 minutes every 5 hours. 3-4 hours after the injury, a pressure bandage is required on the rib cage. For this patient, they ask to inhale, then impose an elastic bandage in tight rows. In this case, if there are scratches or abrasions, they are pre-treated with an antiseptic.

It is worth remembering that from the second day after the injury, the cold is replaced by heat. The mechanism for setting the compress remains the same.

Most preferred is the patient’s sitting position or “half-sitting” with support against the wall. To stop the pain (before going to the hospital) and to prevent a shock condition, the patient is given analgesics (Baralgin, Ketanov), but only a doctor can prescribe drugs.

Drug therapy should be aimed at reducing inflammation, swelling and pain. So, painkillers (Analgin) and non-steroidal anti-inflammatory drugs (Nurofen, Meloxicam) are used. To reduce puffiness, it is possible to use enzyme agents (Phloenzyme).

As a local effect, anti-inflammatory ointments (Voltaren, Zhivokost), as well as decongestant gels that accelerate the absorption of bruises (Troxevasin, Heparin ointment) are used.

In case of complications of a chest injury (pneumo- or hemothorax, reflex cardiac arrest, subcutaneous emphysema or thromboembolism), appropriate surgical treatment is required.

So, with pneumothorax, drainage is established in the pulmonary membrane (pleural cavity) at the level of the second intercostal space. The same tactics with hemothorax, however, the drainage tube is installed below, due to physical fact: the liquid (blood) is “heavier” than air.

Subcutaneous emphysema with its rapid growth is eliminated by small incisions on the skin. And pulmonary embolism requires the appointment of heparin and / or surgical removal of a thrombus (thromboembolectomy).

Cardiac arrest requires emergency cardiopulmonary resuscitation. In the “field” conditions, this is only an indirect heart massage, while the hospital connects a full arsenal of equipment and medicines (Adrenaline, Atropine).

It is interesting! Contrary to popular belief imposed by Hollywood movies, the defibrillator does not “start” the heart. This device is needed only in cases of fibrillation – frequent and inadequate contraction of the ventricles (as the name of the device indicates).

Physiotherapy exercises as well as massage are used as rehabilitation measures. During a night’s sleep, it is recommended to raise the head of the bed or lay a pillow under the upper body. At night, you can also put a bandage on the chest area.

For mild chest bruises, alternative treatment methods can be used as symptomatic therapy:

Use such treatment methods for no more than a week. If the symptoms do not quench during this time, you should immediately consult a doctor. In the event that alternative methods bring relief, therapy can be continued until the symptoms disappear completely.

To prevent chest injury, it is recommended:

To prevent possible complications of a chest injury (including death), you must abandon self-medication and consult a doctor in a timely manner!

What are the signs of a broken bone

Symptoms and treatment of arthrosis of the maxillofacial joint